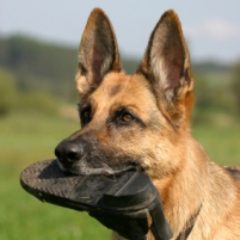 Foxhounds were the very first of the canine races in Great Britain to come under the domination of scientific breeding. There had been hounds of more ancient origin, such as the Southern Hound and the Bloodhound; but something different was wanted towards the end of the seventeenth century to hunt the wild deer that had become somewhat scattered after Cromwell’s civil war. The demand was consequently for a quicker hound than those hitherto known, and people devoted to the chase began to breed it.