Vestibular Disease in Dogs and Cats

Several years ago I had a Springer Spaniel (Milo) who suffered from a couple vestibular disease attacks. Fortunately, in his case they were only temporary attacks, and subsided fairly quickly. I can state, though, that it scared the crap out of me when it happened – I thought perhaps he had a stroke or even something worse. In this article Dr. Matthew Humphrey tells us what to look for and the best way to deal with it.

The vestibular system controls balance and prevents an animal from falling over. It does this by holding and constantly adjusting the position of the eyes, head and body in relation to gravity. When there is disease affecting this system, though it is seldom life threatening, the symptoms caused can be particularly distressing for a pet owner. Animals may tilt their head to one side, circle either clockwise or anticlockwise, fall over repeatedly, roll to one side, be generally wobbly and display abnormal pupil movement in their eyes. Here we look at the physiology of the vestibular system in dogs and cats, what can go wrong and how a good veterinarian will diagnose and treat it.

What exactly is the vestibular system?

The vestibular system is a sensory system consisting of a receptor organ within the inner ear, the vestibular nerve itself, and a balance control centre at the back of the brain. The receptor organ in the inner ear detects the position and movement of the head in space, both when the animal is resting or moving. Information on the position of the head is converted into electrical signals, which are transmitted via the vestibular nerve to the brain. The balance control centre in the brain then processed this information, and sends motor signals to the muscles controlling the positions of the eyes and limbs according to the movement of the head.

What is vestibular syndrome?

What are the signs to look out for?

Animals with vestibular disease may display any or all of the following signs:

This is rotation of the head so that one ear is lower than the other. It occurs due to loss of antigravity muscle tone on one side of the neck.

This means involuntary rhythmic movement of the eyeballs. The pupils tend to drift to one side (the slow phase) and then jerk back to the middle (the fast phase). Usually the slow phase is toward the diseased side.

This means abnormal position of the eyeballs, rather like the condition commonly known as a squint.

This means walking in an uncoordinated fashion, and is seen with a wide range of diseases other than vestibular disease, such as those affecting the brain, spinal cord or peripheral nerves. Animals can adopt a broad based stance, exhibit swaying of the head, and leaning, falling and rolling to one side.

The first task for the veterinarian is to identify whether he or she is dealing with peripheral or central vestibular disease. This is done by looking carefully for all of the symptoms described above, and further characterizing them by direction and nature. It is beyond the remit of this article to go into the exact way of differentiating them clinically, and though it can usually be achieved by a competent vet by examination alone, sometimes further tests are necessary to do so.

The following procedure is what is most commonly done when looking for causes of peripheral vestibular disease. If drug toxicity has been ruled out (no metronidazole, aminoglycoside antibiotics or topical chlorhexidine recently) then the external ears are examined using an otoscope (illuminated and magnified inspection device with a rigid conical end which is inserted into the ear canal). Ear infections, tumors and polyps may be detected this way. Middle ear disease is suspected if the ear drum appears to be ruptured, bulging, cloudy or red in color. Thyroid levels are usually measured by a blood test at this stage to rule out hypothyroidism.

The next step of the investigation is taking xrays of the skull. Several views are required but the most important one is that which shows the tympanic bullae in the middle ears most clearly. This requires general anesthesia to allow correct positioning.

If the tests at this stage have all come back normal, many cases will be given a presumptive diagnosis of idiopathic vestibular syndrome. This is usually because a) it is by far the most likely diagnosis, and b) further specialized tests are costly. If however further tests are to be carried out, MRI or CT scanning, electromyography and nerve conduction studies are a possibility in some referral centers.

Dr Matthew Homfray is one of the veterinary pet experts at http://www.whydoesmypet.com/. Our dedicated community of caring pet experts are waiting to offer you advice, second opinions and support. 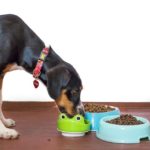 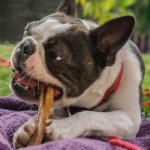 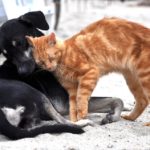