One look at an Alaskan Malamute and this animal’s beauty will take your breath away! Although it is a unique breed, its appearance is very similar to the Siberian Husky. Just like the Siberian Husky, this breed of dog is characterized by its beautiful almond shaped eyes and striking white and gray thick coat.

This breed does not have soft fur like the Siberian Husky and the colors do vary from white to gray and even some that are quite dark. Unlike the Husky, this breed has rich brown eyes. When a Malamute has blue eyes it is a sign that it is not a purebred.

The Alaskan Malamute breed has been around for a very long time and has been used as a utility animal for carrying heavy equipment and for tracking Polar Bears in Alaska. You can’t miss this dog’s muscular frame, which immediately shows its strength. The Malamute definitely requires room to run and needs exercise on a regular basis.

Alaskan Malamute dogs normally weigh about 75 pounds with their height being around 25 inches. Although there are some who weigh over 100 pounds, these heavier Malamutes would not do well in show as this weight does not agree with their history.

Originally, this breed belonged to the native Inuit tribe who were called Mahlemuts at that time. This is obviously where this dog got its name. They lived by the shores of Kotzebue Sound which is in the upper western part of Alaska. Although you may not have heard of this tribe, they are known mainly for the breeding of their dogs, the Alaskan Malamute.

These dogs have always been known for their amazing strength and ability to carry heavy supplies for long distances with tremendous endurance. They were used to hunt seals and track polar bears. They were able to work in groups when they were used as sled dogs.

Because the tribe treated the Malamute dogs with such respect and affection, it is believed to have created their friendly disposition. This breed has always been known to be very loyal and not usually aggressive except toward other animals. They would not make good watch dogs because of their affectionate manner.

Since the Malamute has a history of surviving in wilderness conditions, it would be the perfect dog to take camping. You would be able to feel confident having this dog as your companion even in very poor weather conditions. The Malamute helped its owners when they were trying to survive in the area above the Arctic Circle. They were constant companions and helpers to their owners. Without these dogs, the people there probably would not have survived.

As its name tells us, this dog is a member of the spitz family group. Because of this, you know that the Malamute came originally from Alaska. As far back as 1947, the Alaskan Malamute has been officially a part of the United Kennel Club.

Even before that time, the Alaskan Malamute was considered extremely valuable. At the end of the 1800’s, during the Klondike Gold Rush, people who were prospecting there for gold were paying top prices for these dogs. They even tried cross-breeding with others because there weren’t enough of the Malamutes for all those who wanted to own one.

This breed has been shown to go back over 2,000 years to the native Inuit tribe in Alaska. Even Admiral Richard Byrd had Malamutes who helped him get to the South Pole back in the 1800’s. To this day, the Alaskan Malamute is known to be one of the oldest breeds still available as well as one of the best breeds to own for show or for a family pet.

Get the outdoor sports gear you need, such as discount knives, from Thompson Outdoor Supply. 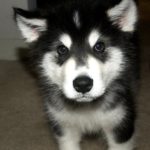 Tips About The Alaskan Malamute

Who wouldn’t want a dog that looks like a wolf? It’s easy to be fascinated by the Alaskan Malamute. Many children have read Jack London’s novel, “White Fang” and daydreamed of having their very own wolf-like sled dog. Of course, selecting a breed of dog is about more than just aesthetics. You have to make [&hellip;] 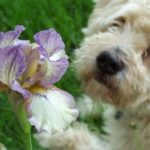 The Best Dog Training Guide Ever?