A Maltipoo is a cross between a Poodle and a Maltese. Maltipoos are said to be good for allergy suffers.

Maltipoo has different names such as Malt-A-poo, Maltipoo, Moodle and this breed is introduced by the American Canine Hybrid Club as the Malt-A-poo.

For the most part, they are very laid back, easy to get along with dog. But with that being said, training a Maltipoo is not always an easy task.

Maltipoos come in three sizes: teacup Maltipoos/teacup Maltepoos (also known as tiny Maltipoos), tiny toy Maltipoos, and toy Maltipoos. They can be found in a variety of colors, though light colors are more common. Their coat is either curly, straight or a combination of both.

They have a moderate need for exercise, but a demanding need for grooming. MaltiPoos are a “long-coated” breed and as such need regular grooming. Start grooming your Maltipoo when he’s a puppy, to get him used to it.

A common cut for a MaltiPoo is a Teddy Bear cut, which will make your MaltiPoo the cuddly “teddy bear” you’ll come to love.

A healthy Maltipoo dog lives about 12 to 16 years.

Maltipoos generally get along with other dogs and pets, whether or not they’re raised with them. They are extremely intelligent, eager to please, and very loyal to their human family. Maltipoos can make great therapy dogs and have an uncanny instinct to gravitate towards an ill or needy person, whether that be a child or an adult. Maltipoos are also great with kids, and are an excellent choice for a retired person.

The Maltepoo (a.k.a. maltipoo, moodle, maltapoo, and malti-doodle), represents a mixed-breed dog bred of poodle and Maltese dog parents. The maltepoo comprises one of numerous basic poodle crossbreeds, mostly the consequence of new interest in so-called designer dogs. Although Maltese* incline to feature a typically consistent form, poodles can deviate widely in size and coloration. [&hellip;] 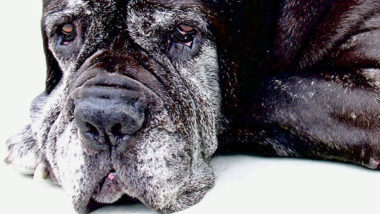 How to Clean Pet Stains and Remove Pet Odors