The Doberman pinscher is a very popular dog nowadays, and is an affectionate, intelligent and loyal pet.

Where do Doberman Pinschers hail from?

This streamlined, intense breed owes its name to a German tax collector who developed the breed – Louis Dobermann. Originated in the 1860s, the Doberman is a mixture of German pinchers, English Greyhounds, Rottweilers and the Beauceron. (Quite a list, eh?).

This beautiful and intelligent dog has been a favorite breed ever since its first dog show presentation back in 1876.

So, they are show dogs. When were they officially recognized?

Are they pretty big? What do they look like?

This sleek shorthair dog weighs in at between 66 and 88 pounds and grows to between 24 and 28 inches in height.

Well known for its muscular physique, the Doberman pinscher is an elegant looking dog – thin but powerful with a well proportioned chest and muscular neck.

His dark eyes are lively and intelligent and ears stickup straight from his head and are usually cropped.

He has a short coat that is tight to his body and comes in fawn, white, red, blue-gray, black & tan and plain black.

I’ve heard Dobermans can be mean. Any truth to that?

Many people think the Doberman pinscher is vicious and aggressive but he really is not.

This is a very intense dog that has a lot of energy along with tremendous stamina and strength. They are highly intelligent and easy to train, although the females can be more stubborn and maybe a bit difficult to train.

They are fearless and determined and loyal and affectionate towards their owners.

These dogs are naturally protective, which is why they make good guard dogs.

This breed can actually have large variations in temperament with some being very submissive and others taking only to one person while still others are great with the whole family.

Are There Any Health Concerns?

Other problems that may crop up include hip dysplasia or, congenital heart disorders and bloating.

These dogs can also get rather obese in their later years.

Dobermans do need sufficient exercise but they can live In apartments as long as they are exercised frequently.

Although they are very energetic, it is not a good idea to keep them outdoors because they can be sensitive to the cold.

With All That Short Hair, Are They Easy to Groom?

As far as grooming goes, this dog is very easy to care for is they really don’t need any grooming and they shed very little hair.

Lee Dobbins is an avid dog lover and pet owner who writes on many topics including different breeds of dogs. Visit her at Dogbreeds123.com and find out more about dogs such as the loveable Doberman Pinscher.

Are you a Dobie Parent?

We’d love to hear about you experiences with the breed. Do you know other Dobie parents? Invite them to get involved as well by posting this on Facebook or Twitter.

Have a great day! 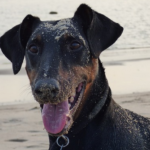 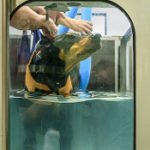 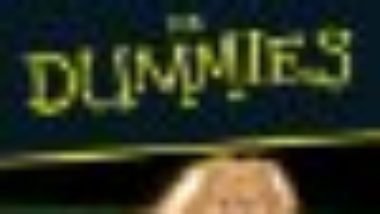 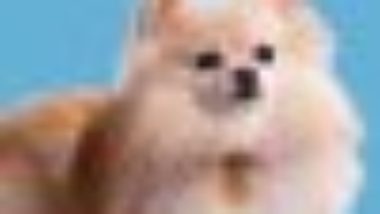