Quite a title eh? Connie Limon provides us with everything we need to know about the “monkey dog” Affenpinscher. Enjoy!

The Affenpinscher does not have a detailed history of their arrival in America as many of the other toy breeds have. There was an article published in the April 1950 issue of the AKC Gazette that says the Affenpinscher breed was imported in the mid-thirties.

Also known about the Affenpinscher breed is that Mrs. Bessie Mally of Cicero, Illinois imported at least a pair of Affenpinschers in 1935. The dam of this first litter was the first Affenpinscher registered with the American Kennel Club. Her name was Nolli v Anwander.

The Affenpinscher breed was first recognized by the American Kennel Club through the persistent efforts of Bessie Mally. There is very little known about Bessie Mally. It is thought, however, that Bessie Mally must have been a woman of wealth and influence to accomplish what she did. In the 1930’s few people owned purebred dogs, and those that did were of the upper class. The unemployment rate during this period was quite high. People did not everyday travel to Europe on airplanes as they do today. The only way to travel was by ocean liners, which was quite expensive. The more common people could not afford such a trip.

After World War II began, all breeding came to an end. The last Affenpinscher litter was whelped on June 24, 1940. Nothing was bred for the next nine years.

Dogs that resembled the Affenpinscher were known to be bred since about 1600, but were somewhat larger. The colors of these dogs were gray, black, fawn, black and tan, gray and tan, and red. White feet and chest were common. These dogs had the job of being “Ratters.” They were the farm or store dog running around loose and sleeping in stables. Their main purpose was to kill rats.

From the reports of historians, they were first bred in Lubeck, Germany. These dogs that resembled our present day Affenpinschers were bred to a smaller size and used in homes to catch mice. There was much crossing done of the dogs that were salt and pepper, reddish black (red gray with the black hair mixed in ) or solid black to dogs that were salt and pepper in color and more of the Schnauzer Ratter type dog. Some of these other breeds included the Pug, (which started the Brussels Griffon), the smooth haired German Pinscher and a German breed of Silky Pinscher (giving some of the soft silver coat to our Affenpinschers of today).

Breeders in the 1750’s got together with their small dog crosses between the Mini Schnauzer and the German Pinscher while other dog lovers during this time period were breeding crosses using some of the same type of dog holding to a basic breed but adding small differences from the other breeds used. The Pug was used and the nose was greatly shortened so this breed soon became our Brussels Griffon. All of this activity was the beginnings of the Affenpinscher as we know it today. The breed is said to have changed very little in the last centuries and many of the old artists painted pictures of small, black bearded dogs looking very much like our present day Affenpinscher.

In Europe and England the color has always been black with a light frosting of grey permissible. Canada, Mexico and Bermuda use the American Kennel Club standard that allows for several colors which are black, silver, black and tan, red, and beige (a mixture of red, black and white hairs).

The Affenpinscher is a loyal companion. Although the Affenpinscher is generally quiet, he can become quite excited when threatened or attacked and become fearless toward an aggressor. His job is no longer the ratter of stores and farms. He sleeps more on our sofas than in the stables. He does, however, retain many of his original instincts of the “Monkey-faced Ratter from Germany.” If you don’t like cats, an Affenpinscher may be the way to go to catch those mice and rats!

Click here to read about the Affenpinscher’s breed standards.

Author: Connie Limon. Visit us at http://www.abouttoydogs.com/ About Toy Dogs is a guide to the selection and care of toy dog breeds. We feature articles, dog training resources, dog books, dog supplies and a toy dog breeder directory. Purchase a full page ad with up to 3 pictures, a 12 picture video, and advertising in our newsletters for one year at the rate of $25 per year.
Please Rate this Article 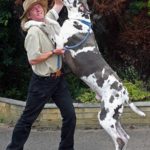 This is the must have book for any Affenpinscher owner, or anyone considering one of these dogs. Great gift idea, too!

A Little Bit About The Affenpinscher

The Affenpinscher’s German name means Monkey-Terrier and refers to the breed’s comical, bewhiskered face and slightly undershot jaw. Another name for this dog is Monkey Pinscher. In France the Affenpinscher is known as Diablotin Moustachu, which translates to Moustached Little Devil. Germany claims origin of the Affenpinscher. It is felt the little dog was bred [&hellip;] 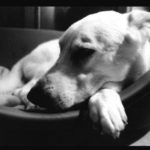