This story originally appeared in the book “Cold Noses at the Pearly Gates”, by Gary Kurz. It is the heart-warming tale of a Labrador Retriever “station dog”.

“Chief, this is a hot one”, I somehow managed to say in a quivering voice as I choked back tears, “please stop what you are doing and get this message out to the fleet, top priority”. “Aye aye sir,” came the customary nautical acknowledgement, as the Chief grabbed the message and hurried off in the direction of the Communications Center.

After only a few steps, however, apparently having read the first few lines of the message, Chief Petty Officer Smith stopped suddenly in his tracks and turned back toward me in disbelief. His mouth opened, but he didn’t say anything. He didn’t have to. I knew what he was thinking and solemnly nodded my head in understanding.

Composing himself, he turned back around and headed again toward the Communications Center. The message would be electronically forwarded to major Coast Guard units in a matter of minutes for further dissemination to smaller units. Soon everyone would know.

I glanced again at my copy of the message I had just received from one of our isolated stations in the South Pacific. The Officer in Charge was sending the sad news that Seaman Shackles had passed away during the night.

Seaman Shackles wasn’t really a Seaman. He wasn’t even a person. He was a Labrador Retriever…a dog; but a very special dog. He had been the cherished mascot of a Coast Guard Loran Station for over a decade.

Most of the 200-plus Coast Guard operational shore units are staffed with a “Station Dog” like Shackles. This unofficial member of the crew is usually “enlisted” from a local shelter and made an honorary member of the crew.

Breed and gender are not important. The only prerequisite for the job is an affinity to love and be loved. To this end, the station dog must be able to stand up to constant pampering and endure massive amounts of stroking and hugs.

Once onboard the base, the station dog must also work like any other member of the crew, albeit at somewhat less demanding duties. He/she must patrol the compound (in search of handouts); escort emergency crews to their response boats (for a pat on the
head); and, enthusiastically greet those coming on watch (to conduct an olfactory once-over of their lunch bags).

As a member of the crew, the station dog is at liberty to dig holes, jump in vehicles with muddy feet, and borrow the only softball during a scheduled off-duty game with impunity. They are first in line at chow, last to settle down for the night and enjoy amnesty for anything chewed, buried or soiled.

Generally they are the best fed and most pampered animals on the planet; but they earn those privileges. They render a service that no other crewmember can provide. They make a station a home.

Shackles earned his privileges. He made his station home. He was eleven human years old when he passed, but during his short life he built a legacy that would far outlive him. Hundreds of sailors had been stationed at this isolated outpost during Shackles lifetime and he had befriended them all.

In the days when e-mail and cell phones were nothing more than growing ideas in the minds of electronic engineers, families were not just a push of the button away. Often mail would take a month to arrive. Dogs like Shackles played a critical role as companion and friend.

It was common for sailors to become lonely and homesick on this little strip of land in the middle of the ocean. Many found a piece of home in Shackles. He wanted to be everyone’s friend. If you were lonely, if you needed a friend, he was your boy. He always had time for you.

Without realizing the role he played, Shackles made life on the island bearable for many. One could run up the beach with this loving communal canine and forget, at least temporarily, that they missed home. Over the years he had impacted thousands of lives in just this way.

All of them had come and gone, but he remained. They were honored for their year-long sacrifice with military decorations and great fanfare, but not Shackles. He remained an unsung hero; but he didn’t mind. He enjoyed doing his part and that was all the reward he needed.

Nevertheless, when he passed, his song was finally sung by a fleet of heartbroken, grateful sailors. A shipmate had fallen and it was time to honor him for his service.

Gary Kurz, is a retired Coast Guard Officer with over 32 yearsof service. He is also a Baptist Preacher and Bible Teacher. He helps those grieving the loss of a pet to understand the Biblical evidencethat proves they live on. His most popularbook, “Cold Noses at the Pearly Gates” delivers hope andcomfort to the reader in a very gentle, yet convincing way.Visit at http://www.coldnosesbook.com/ 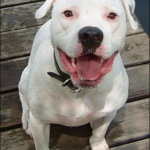 What type of dogs are light brown with green eyes?

How much is a grooming for a maltese? 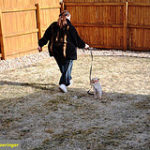 by sgoerin The Labrador Retriever is an AKC registered dog breed. The following article reviews the breed.   Training your Labrador according to the behavior must be the beneficial criteria for your Labrador retriever behaving and it is for you too. These Labrador retriever are considerably intelligent, if trained with some positive reinforcement. This helps [&hellip;]

Chihuahua Photos from the Web 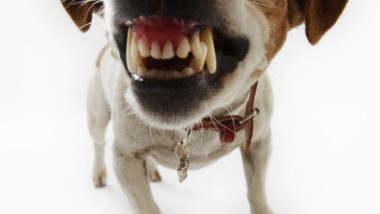