Dogs were already in America when the colonists came, but the colonists did not like them. The Boston Terrier was created to fill the need of a companion dog. The Boston Terrier was developed from French and English Bulldog stock. The native dogs of America did not fit the bill for America. They are smaller, different colors and have a different shaped head – but always friendly.

The Boston Terrier was bred first and foremost to be a companion to man, woman and child. This has resulted in a breed more renowned for its good temperament than its cute looks. The Boston Terrier has gone through a lot of changes over the hundred and fifty years or so of it’s existence. Both his size and color have gone through a lot of changes. But through it all, it has kept a sunny disposition. He truly earns his nickname of The American Gentleman.

There were dogs already in North America living with the Native Americans, but they were not the kind of dogs the European colonists were used to. Also, the Native American dogs were still half-wild and independent. The young country of America, although proud of their American-ness, also yearned for some of the comforts of the old country. One of these comforts was for a companion dog based on Bulldog stock.

Bulldogs, although developed for fighting bulls and other dogs, are incredibly friendly with people. This is probably because they turned to people as their pack members instead of other dogs. This is a trait in many Bulldog varieties, including the French Bulldog and English Bulldog, which were used in the Boston Terrier’s creation. One of the old names of the Boston Terrier was the Boston Bull. Recently, bull in a breed name has gotten a bad reputation so the Bull part has been replaced by Terrier.

The Boston dog breeders first developed the Old English Bulldogge, which is a far larger dog of solid colors and a round head. The founding father of the Boston Terrier is considered to be the English import Hooper’s Judge, which was bought by Richard C. Hooper of Boston in 1870. Smaller dogs were favored and kept in the breeding program. The Boston Terrier became a familiar sight in the fashionable homes of the North East as early as 1889.

The breed as we recognize it today wasn’t seen until about 1900. That was when top breeders formally set down their breed standard. Although there were strict physical standards for a Boston Terrier to make it in the show ring, there were also strict standards on temperament. Although some outright mean dogs in other breeds have won in the show ring, this has not happened with Bostons. They are always ready, willing and able to be part of the family.

* The Jack Russell terrier is a small terrier that has its origins in fox hunting; it is principally white-bodied and smooth, rough or broken-coated. It is commonly confused with the Parson Russell terrier (see the American Kennel Club) and the Russell terrier, which is a shorter-legged, stockier variety. (Within the Fédération Cynologique Internationale the “Russell terrier” is also known as “Jack Russell terrier.”) The term “Jack Russell” is commonly misapplied to other small white terriers.
The Jack Russell is a broad type, with a size range of 10–15 inches (25–38 cm). The Parson Russell is limited only to a middle range with a standard size of 12–14 inches (30–36 cm), while the Russell terrier is smaller at 8–12 inches (20–30 cm). Each breed has different physical proportions according to the standards of their breed clubs.
The Jack Russell is an energetic breed that relies on a high level of exercise and stimulation and is relatively free from serious health complaints. Originating from dogs bred and used by Reverend John Russell in the early 19th century, it has similar origins to the modern Fox terrier. It has gone through several changes over the years corresponding to different use and breed standards set by kennel clubs. Recognition by kennel clubs for the Jack Russell breed has been opposed by the breed’s parent societies — which resulted in the breeding and recognition of the Parson Russell terrier. Jack Russells have appeared many times in film, television and print with several historical dogs of note. 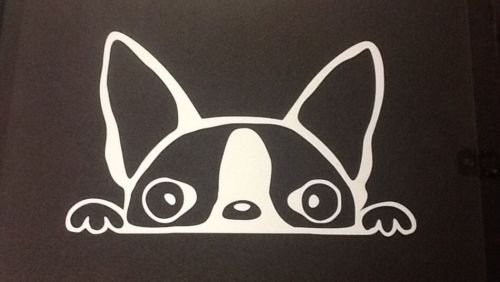 Peeking Boston Terrier (A14) Vinyl Decal Sticker Car/Truck Laptop/Netbook Window
This decal is Handcrafted by CustomDecal US in the USA with the highest quality vinyl and attention to detail. It will come with t… 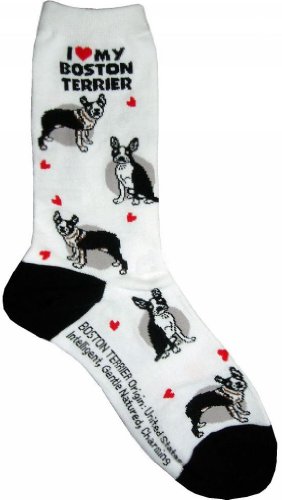 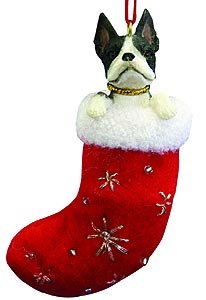 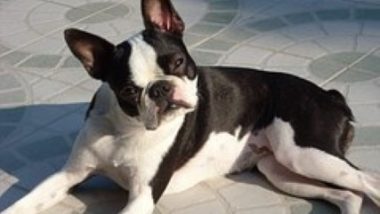 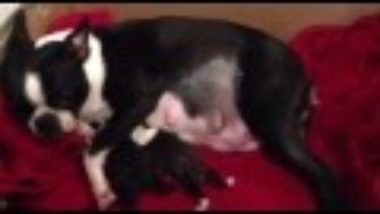