Is An Australian Shepherd Puppy The Right Choice For Me And My Family?


The Australian Shepherd is a working sheep and farm dog that might do quite poorly in an apartment. They are vigorous dogs with high intelligence that were bred to think and work. They require at the least, a properly fenced in enclosure and at the best, a farm to run and work. They form strong bonds with their family and demand a great deal of attention and time. They will follow their master from room to room in a house and want to ride in the car, help with chores, etc. If left alone for long periods of time, they may invent their own entertainment which can include destroying the furnishings or garden. They need to be properly socialized with children and pets and may nip at the heels of children. She is a very protective dog of both body and property.

*Special Health Considerations. Some heartworm medications may be toxic to this breed due to a gene mutation.. Your veterinarian can test for this. She can suffer from canine hip dysplasia (genetic based looseness in the hip joint that can lead to arthritis pain and lameness), hereditary eye problems, hypothyroidism (sluggish thyroid gland which can result in weight gain), discoid lupus erythematosus (an autoimmune disease), cleft palate, seizures, von Willebrands disease (a problem with blood clotting), and patent ductus arteriosis (a circulatory abnormality).

*Grooming. Brush this breed often with a firm bristle brush and wash when necessary. She will shed quite a bit. Brushing will help keep your pets coat clean and healthy, help avoid tangles and help keep your house more free of shed hair. Brushing will also help you keep a closer eye on your pet health and strengthen your emotional bond with her. Her coat is of moderate length and medium coarseness. Be prepared to become real friendly with your vacuum cleaner if kept indoors. Her teeth should be brushed at least twice a week with toothpaste and toothbrush designed for dogs. Brushing removes the accumulation of plaque and tartar which can cause cavities (rarely) and periodontal disease. Dog periodontal disease can lead to pain, loss of teeth, bad breath and other serious disease.

*Life Span. The Australian Shepherd can live between 12 and 15 years with proper nutrition, medical care and excellent living conditions.

*History. The only working livestock breed actually developed in the western portion of America, although she does have some roots in Australia. She was developed from sheep dogs that were imported with flocks of sheep from Australia, France, Spain, New Zealand, Latin America and England during the late 1800 and early 1900 period, especially during the California gold rush. Australian Shepherds were popularized, especially in California, after World War II by horse shows, rodeos and movies.

*SPECIAL GOOD POINTS
He is a loyal companion.
Easy to train.
Excellent farm dog.
Easy to housebreak.
Eager to please.
Wants to be with their master constantly.
Makes a great family dog.
Her pretty coat comes in amazing colors.

*SPECIAL BAD POINTS
Needs lots of exercise.
Needs a job to do.
Wants to be with their master constantly.
Can be very territorial.
May bark at neighbors too much.
May become destructive if bored.
Can have health problems.
May shed copiously.
Can by shy, especially with strangers.

*Other Names Known By: The Aussie, wiggle-butt,

A Utah dad has apparently saved his young daughter, 5, from a kidnapper. Utah law enforcement has called the episode “a father or mother’s worst nightmare.” A total stranger sneaked into the home of a couple Friday morning and grabbed the small girl right from her own bed. He then began carrying her away. However, the possible abduction ended up turning out well, when the father happened to hear the front door of his house open. He was able to run outside and stop the kidnapping from happening. Miles Holman, both a lawyer and also hired spokesperson for the child’s family, described the event to different news media sources, just literally hours after it occurred. The attempted snatching happened in the suburbs of Salt Lake City and the young girl was unhurt in the event. Holman explained that it appeared to be completely random. The dad reported seeing his daughter being taken across their front yard so he started screaming himself when he bolted out the door and yelled for his daughter to be returned to him. Morley never put up a fight, the father reported to the police. The alleged suspect, who is reported to be a resident of Roy, Utah, was taken into custody later Friday morning, after canine search dogs were able to take law enforcement to a house located about three blocks away. It was where Morley had been hiding out, stated a Utah police sergeant.

Australian Shepherd CJ sales you should keep an eye on: 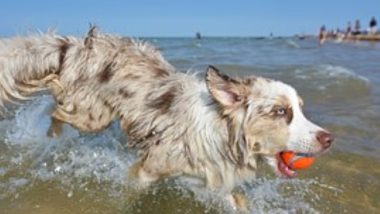 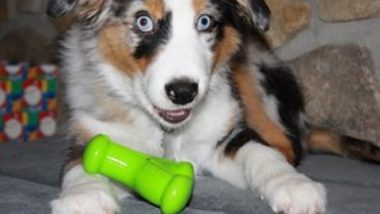