Border Collies were originally bred in the borderlands between Scotland and England as herding dogs. They were selected to be able to work long days on rugged terrain, have excellent herding skills, instincts and intelligence. Over time, this led to the Border Collie’s astounding energy, trainability and ability to reason. Border Collies are still used universally as herders.

Though they are known more for their appearance, Poodles are actually some of the world’s smartest dogs. The air of dignity and elegance with which Poodle’s carry themselves accords with their highly above-average intelligence and trainability. Though Poodles are usually show dogs in the United States, they have served as police dogs in other countries.

German Shepherds are noted for their versatility, stability, energy, strength and intelligence. Shepherds are known not only for their intrinsic smarts and trainability, but for the multitude of roles they can fill, such as family pet, police dog, herding dog and TV and movie actor.

Golden Retrievers were originally bred by an upper-class Englishman who wanted a hunting dog that made a great companion. A mixture of the Irish Setter and several types of Spaniel, the Golden Retriever was bred to find and retrieve downed birds and be a good companion. Today’s Golden Retrievers are just that -attentive, loving dogs that will chase down anything you throw them.

The Doberman Pinscher originated as a police dog in 19th Century Germany. These dogs are top-notch watchdogs, guardians and protectors, as well as guide dogs and military dogs. Doberman’s were bred for their loyalty and intelligence, and the modern version of the breed continues to show both those traits. Dobermans are working dogs and do best with a lot of structured exercise.

The Shetland Sheepdog, or “Sheltie” was bred on the Shetland Islands of Scotland to herd sheep. These small, agile dogs resemble collies and are widely regarded as highly intelligent. Shelties are also renowned for their trainability, even temperament and loyalty. They are very active and do best with lots of exercise.

The Papillon a small, long-haired dog breed considered by most to be a lap-dog or show dog. Despite this reputation, Papillons are athletic, active and very intelligent. They’re known to be people-centered and enjoy social situations with lots of humans in attendance. Recently Papillons have emerged as agility champions.

“Sheltie Magnetic List Pads” Uniquely Shaped Sticky Notepad Measures 8.5 by 3.5 Inches
Announcing the new and improved list pads for pet lovers! These sticky note pads are all about convenience and style. Each pad is … Sheltie Mom Vinyl Window Decal Shetland Sheepdog Dog Sticker
This is a high quality die-cut vinyl decal with no background. It is perfect for applying to windows, trailer, mailboxes, laptops,…

Click here for more information about 'The Top Ten Most Intelligent Dog Breeds'. 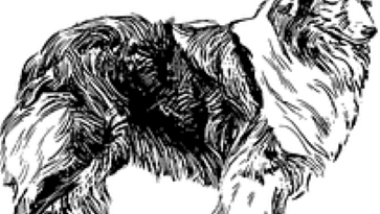 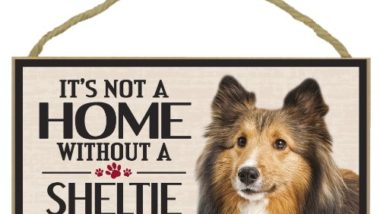