Researchers at the University of Wisconsin-Madison School of Veterinary Medicine (SVM) have identified the biological mechanism that may give some cancer cells the ability to form tumors in dogs.

The recent study uncovered an association between the increased expression of a particular gene in tumor cells and more aggressive behavior in a form of canine bone cancer. It may also have implications for human cancers by detailing a new pathway for tumor formation.

The findings, published online this month in the journal Veterinary and Comparative Oncology, may eventually provide oncologists with another target for therapy and improve outcomes for canine patients with the disease.

The researchers examined cell lines generated from dogs with osteosarcoma, a common bone cancer that also affects people, with the intent of uncovering why only some cells generate tumors. After the dogs underwent tumor-removal surgery at UW Veterinary Care — the SVM’s veterinary medical teaching hospital — cells from the tumors were grown in the lab.

This led to six different cancer cell lines, which were then transplanted into mice. The researchers then looked to see which lines developed tumors and which did not and studied the differences between them.

“We found several hundred genes that expressed differently between the tumor-forming and nontumor-forming cell lines,” says Timothy Stein, an assistant professor of oncology. However, one protein called frizzled-6 was present at levels eight times higher in cells that formed tumors.

In the complicated process of gene expression, the genetic information encoded within DNA is eventually converted into RNA and proteins, which are responsible for a variety of vital cellular functions. Frizzled-6 plays a key role in relaying signals from the outside to the inside of a 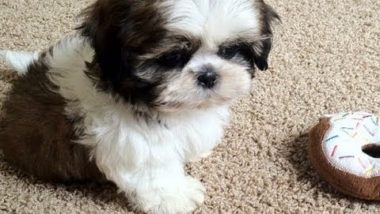 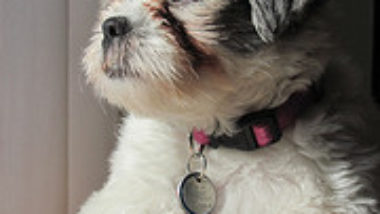