A trained scent dog accurately identified whether patients’ urine samples had thyroid cancer or were benign (noncancerous) 88.2 percent of the time, according to a new study, to- be presented Friday at the Endocrine Society’s 97th annual meeting in San Diego.

“Scent-trained canines could be used by physicians to detect the presence of thyroid cancer at an early stage and to avoid surgery when unwarranted,” Bodenner commented.

Although Bodenner is not yet basing patient treatment decisions on the canine technique, he said the dog’s diagnostic accuracy is only slightly less than that of fine-needle aspiration biopsy, the method generally used first to test thyroid nodules for cancer. Canine scent detection has the advantages of being noninvasive and inexpensive, he said.

Bodenner’s colleague at UAMS and a study-coauthor, Arny Ferrando, PhD, previously “imprinted,” or scent-trained, a rescued male German Shepherd-mix named Frankie to recognize the smell of cancer in thyroid tissue obtained from multiple patients. Ferrando, who noted that dogs have at least 10 times more smell receptors than humans do, said, “Frankie is the first dog trained to differentiate benign thyroid disease from thyroid cancer by smelling a person’s urine.”

In this study, 34 patients gave a urine sample at their first visit to the university thyroid clinic before they went on to have a biopsy of suspicious thyroid nodules and surgery. The surgical pathology result was diagnosed as cancer in 15 patients and benign thyroid disease in 19. These

As with most long songs I’ve been trying to upload, it’s already been done. But I thought I’d have some fun putting timestamps on this one. Also, I was trying to see if a 16:9 cropping of the album cover would work. Apparently, it did.

Band: Pink Floyd
Song: Dogs
Album: Animals
Year: 1977
——
I. David Gilmour on Lead
[0:00 – 7:59]
You got to be crazy, you gotta have a real need
You* gotta sleep on your toes and when you’re on the street
You* got to be able to pick out the easy meat with your eyes closed
And* then moving in silently, down wind and out of sight
You got to strike when the moment is right without thinking

And after a while, you can work on points for style
Like the club tie, and the firm handshake
A certain look in the eye and an easy smile
You have to be trusted by the people that you lie to,
So that when they turn their backs on you,
You’ll get the chance to put the knife in

You gotta keep one eye looking over your shoulder
Y’know, it’s going to get harder, and harder, and harder
As you get older
Yeah, and in the end you’ll pack up and fly down south
Hide your head in the sand
Just another sad old man,
All alone and dying of cancer

And when you lose control, you’ll reap the harvest you have sown
And as the fear grows, the bad blood slows and turns to stone
And it’s too late to lose the weight you used to need to throw around
So have a good drown as you go down all alone
Dragged down by the stone

III. Roger Waters on Lead
[11:40 – 17:07]
Gotta admit, that I’m a little bit confused
Sometimes it seems to me as if I’m just being used
Gotta stay awake, gotta try and shake off this creeping malaise
If I don’t stand my own ground, how can I find my way out of this maze

Deaf, dumb and blind, you just keep on pretending
That everyone’s expendable, and no one has a real friend
And it seems to you the thing to do would be to isolate the winner
Everything’s done under the sun
But you believe at heart everyone’s a killer

* = Implied part of the line, not actually there 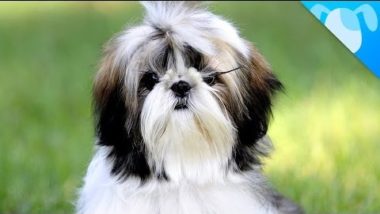 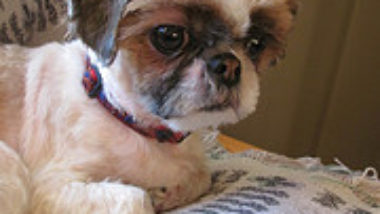 How to Clip Your Shih Tzu’s Nails