You have perhaps heard it mentioned that the last dog or puppy you would want to bring into family surroundings is the American pit bull terrier. After you’ve read this article you may reconsider that. It seems that this remarkable fighting dog is a bit of a softy at heart and given a caring family training environment, they can turn out to be one of the best, most loyal and loving family dogs available.

Even more facts on the American pit bull..

It’s true that they have a nasty reputation for fighting and being aggressive but apparently this is due to training and provocation. You may be pleased to learn that because of their determination, persistence and doggedness, they can become the perfect family pet. This comes about due to their loyalty to their master and the determination to protect their own, in this case their family of humans. Moreover, a loving, caring family environment can change the personality and disposition of this breed of dog entirely. Indeed, there are few other breeds where the bonding ability with their masters is so apparent.

It was way back in 1800’s that spoilt the image of this wonderful breed. These dogs were used for the ghastly bull fights where they fought with the bulls until they died. This was a source of entertainment for many rich people but was eventually banned by the British government after a public outcry against the violent game.

However, the bull fights as later replaced by dog fight which also eventually got banned. Nevertheless, the breed had earned lots of admirers for its fighting spirit yet soft nature towards humans and they were adopted as pet by many.

It was brought to America in 1800’s and unfortunately also brought with it the violent history it had. With its participation in similar events in America, it assumed the title of a dangerous dog even if it didn’t deserve it. Hence, the fear and reluctance in adopting it.
Such is the reputation of the innocent creature that it has been made illegal to have an American pit bull terrier as pet and everything is being done possible to get it out of the American streets.

Is it that bad?

Almost everyone agrees that this breed is being victimised for the wrongs that humans are responsible for. An American pit bull terrier is a sweet tempered and loyal dog any pet lover can find. They are courageous and brave and are also very strong when compared to other breeds of dogs. They have a very strong bonding lean towards humans and would defend you until its last drop of blood. In fact, they make excellent partners when you are alone or a handicapped people. They are also known for their playful attitude. They would often be referred to as clowns for their interest in creating fun when they are with their owners.

They have been mere victims of the numerous myths that people have created. Such is the effect of those myths that they are banned from many parts of the world. Not only that, to make matters worse, they are adopted mostly by people who want to show off a tough image!

I want to have one..but how to ensure it is as sweet tempered as you claim??

If you are planning to adopt a pit bull, then this is welcome news. These admirable dogs do need humans who can shower love on them. First things first. If this dog is your first time raising a pet, then this would be a bad choice. You need proper experience in training dogs to handle this breed. This has nothing to do with the danger that lot talk about. The only reason behind that advice is the fact that this breed requires firm but lovable training which more often novice dog owners are unable to provide.

This dog is very fond of humans but needs training to properly show the love it feels. Its training needs discipline and love and only that would breed respect between the owner and the dog. The master slave approach would not work and in fact can make it very bad tempered which is not at all good news. Make sure that it is given ample exposure to human beings as it needs to know the surrounding well so that it gets adapted to it.

This particular breed has been an unfortunate sufferer of the wrongs of humans. The same humans it so loves. It would be our endeavour to protect this dog from this injustice and assure it a safe life. You can be assured that it is going to be your trustworthy mate till the end. 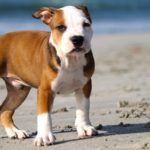 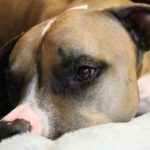 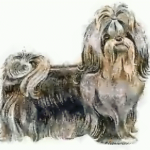 “Hey, Dad, I’ve just adopted a Pit Bull and I’m bringing him home.” Jim’s heart sank. Aren’t they the most dangerous dog in the world? After all, Pit Bulls are killers, right? Actually, Pit Bulls are not natural-born