Loss of big predators could leave herbivores in a thorny situation

Global declines in carnivore populations could embolden plant eaters to increasingly dine on succulent vegetation, driving losses in plant and tree biodiversity, according to UBC research published today in Science.

UBC zoologist Adam Ford and colleagues used GPS tracking and feeding experiments to measure how an African antelope’s (impala) fear of predators, as well as the growing patterns of thorny plants, combine to influence the landscape.

“Our observations indicate that carnivores — like leopards and wild dogs — shape where herbivores eat,” says Ford, lead author of the paper. “Plant defenses — such as thorns — shape what herbivores eat.”

“As human activities continue to reduce populations of predators, herbivores like impala become willing to feed in areas that used to be risky — consuming more preferred vegetation and, ironically, allowing less-preferred thorny plant species to take over,” says Ford.

Recent, unrelated, data published in Science indicate more than three quarters of the world’s 31 large carnivore species are in decline and that 17 species occupied less than half of their historical distributions.

“Plants have two pathways to success,” says Ford. “You either protect yourself from herbivores by growing large thorns, or thrive in areas that are risky to your predators — plant eaters.”

The study area, Mpala Research Center in Laikipia, Kenya, is used for traditional ranching. In the future, Ford will investigate whether the forage that impala don’t eat in dangerous areas could be used for livestock during drought years — a frequent occurrence that can threaten the livelihoods of many people in Laikipia.

“We’re only beginning to understand the linkages between carnivores, their prey, plants and people,” says Ford.

Mpala Research Center in Laikipia, Kenya, 100 km north of the equator in a savanna. The area is a mixture of trees and grasses — neither grassland nor forest.

What the researchers did

Ford and colleagues used GPS tracking of 20 adult female impala and two major predators — leopards (four animals) and wild dogs (five animals) — to determine whether the predators scare impala so much that impala will avoid areas where they are likely to be killed.

The researchers combined the tracking data with a high-resolution satellite image of tree cover and located carcasses to determine where impala are being killed.

The team performed feeding experiments to determine how well thorns protected trees from impala. They removed thorns from a thorny species, and added thorns to a less-thorny species, and compared how many leaves were eaten by impala from these branches.

They found that impala avoided eating trees with thorns, irrespective of which species of tree those thorns occurred on. Using a series of electrified fences, they then found when impala were physically excluded from an area there was a three-fold

Watch Part 1 now: http://bit.ly/Dog-Days-2 Southern China has always had a tradition of dining on dogs—people from other parts of the country even joke that Southerners will eat anything…
Video Rating: 4 / 5 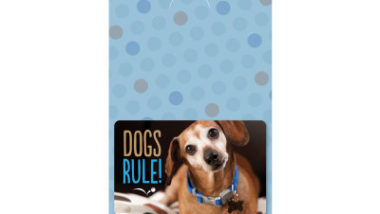