A new study led by the Wildlife Conservation Society reveals that in India’s human dominated agricultural landscapes, where leopards prowl at night, it’s not livestock that’s primarily on the menu — it is man’s best friend.

The study, which looked at scat samples for leopards in India’s Ahmednagar’s district in Maharashtra, found that 87 percent of their diet was made up of domestic animals. Domestic dog dominated as the most common prey item at 39 percent and domestic cats were second at 15 percent.

Seventeen percent of the leopard’s diet consisted of assorted wild animals including rodents, monkeys, and mongoose, and birds.

Livestock, despite being more abundant, made up a relatively small portion of the leopard’s diet. Domestic goats, for example, are seven times more common than dogs in this landscape, yet only make up 11 percent of leopard’s prey. The author’s say this is because goats are less accessible and often brought into pens at night, while dogs are largely allowed to wander freely. Cows, sheep, and pigs were also eaten, but collectively made up less than 20 percent of leopard’s food. Most domestic cattle in this region are too large to be preyed on by leopards.

The author’s of the study say that the selection of domestic dogs as prey means that the economic impact of predation by leopards on valuable livestock is lower than expected. Thus, human-leopard “conflict” is more likely to be related to people’s fears of leopards foraging in the proximity of their houses and the sentimental value of dogs as pets.

Study co-author Ullas Karanth, WCS Director for Science-Asia, said: “During the past two-to-three decades, legal regulation of leopard hunting, increased conservation awareness, and the rising numbers of feral dogs as prey have all led to an increase in leopard numbers outside of nature reserves in agricultural landscapes. While this is good news for conservation and a tribute to the social tolerance of Indian people, it also poses major challenges of managing conflict that occasionally breaks out. Only sound science can help us face this challenge.”

The above story is based on materials provided by Wildlife Conservation Society. Note: Materials may be edited for content and length.

Indulge your dog’s natural urge to chew with these rawhide treats that offer a satisfying flavor and texture. Your 4-legged friend will think he or she is being spoiled with these KONG Prebiotics Rawhide Retriever Rolls. The treats are made with delicious rawhide that your canine will love sinking his or her teeth into. For dogs Rawhide texture helps satisfy your dog’s urge to gnaw and chew Feed as a treat or chew Ingredients: rawhide, chicory extract, oligofructose, L-ascorbyl-2-phosphate (a source of vitamin C) Guaranteed Analysis: Crude Protein (min) 70.0%, Crude Fat (min) 2.5%, Crude Fiber (max) 2.5%, Moisture (max) 18.0% Intended for intermittent or supplemental feeding only. For supervised use only. Choose a chew slightly bigger than your dog’s mouth. Remove any pieces or fragments. Remember to have fresh drinking water for your pet. Available in an 8 size Available in a 2-pack 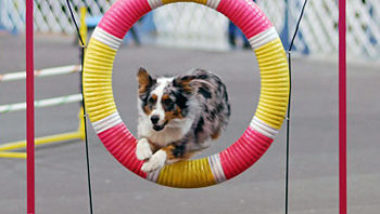 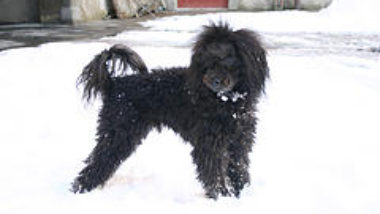