While countries with dog control policies have curbed an infectious and gruesome canine cancer, the disease is continuing to lurk in the majority of dog populations around the world, particularly in areas with many free-roaming dogs. This is according to research published in the open access journal BMC Veterinary Research.

The survey of veterinarians across the world confirmed that Canine Transmissible Venereal Tumor (CTVT) has a global reach. Researchers from the University of Cambridge found that the countries and areas with the lowest rates of the disease also had strong dog control policies. These include managing the number of street dogs; spay and neuter practices; and quarantine procedures for imported dogs.

CTVT first originated as a tumor in a single dog that lived thousands of years ago, and by becoming transmissible, this cancer has become the oldest, most widespread and prolific cancer known in nature. It causes tumors of the genitals, and is spread by the transfer of living cancer cells between dogs during sex. The tumor cells multiply and can be sloughed off and transferred to another dog during mating. CTVT is one of only two known transmissible cancers — the other has decimated the wild Tasmanian devil population.

Until now, no systematic global survey of the disease had been performed. To understand the global distribution and prevalence of the disease, the scientists sent a questionnaire to 645 veterinarians and animal health workers around the world. The replies showed that CTVT is endemic in dogs in at least 90 of 109 countries surveyed.

The researchers found that the only cases of CTVT reported in countries in Northern Europe, where free-roaming dogs are absent, were found in dogs that had been imported from abroad. There were no reports of CTVT in New Zealand, a country with strict dog quarantine policies. On the other hand, the disease was more likely to be present in countries or areas with free-roaming dog populations.

Andrea Strakova, University of Cambridge, said: “Although CTVT can usually be effectively treated, lack of awareness of the disease and poor access to veterinary care mean it can go untreated and impact the welfare of dogs. Research and monitoring of this disease may lead to improved methods for disease prevention, detection and treatment.”

Dr Elizabeth Murchison, University of Cambridge, said: “Our study has suggested that free-roaming dogs are a reservoir for CTVT. Our review of the historical literature indicated that CTVT was eradicated in the UK during the twentieth century, probably as an unintentional result of the introduction of dog control policies. Careful management of free-roaming dog populations, as well as inclusion of CTVT in dog import/export quarantine policies, may help to control CTVT spread.”

The research also highlighted the importance of dog sterilisation programs in controlling CTVT spread. However, dog spaying and neutering may not always be protective against CTVT, possibly because the disease can also be spread by 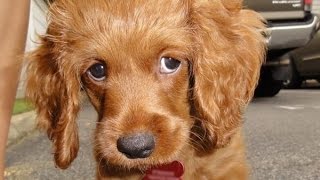 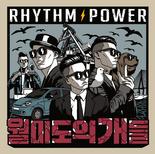 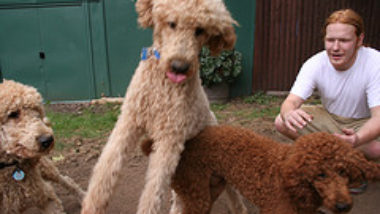