A modified version of the Clostridium novyi (C. novyi-NT) bacterium can produce a strong and precisely targeted anti-tumor response in rats, dogs and now humans, according to a new report from Johns Hopkins Kimmel Cancer Center researchers.

In its natural form, C. novyi is found in the soil and, in certain cases, can cause tissue-damaging infection in cattle, sheep and humans. The microbe thrives only in oxygen-poor environments, which makes it a targeted means of destroying oxygen-starved cells in tumors that are difficult to treat with chemotherapy and radiation. The Johns Hopkins team removed one of the bacteria’s toxin-producing genes to make it safer for therapeutic use.

For the study, the researchers tested direct-tumor injection of the C. novyi-NT spores in 16 pet dogs that were being treated for naturally occurring tumors. Six of the dogs had an anti-tumor response 21 days after their first treatment. Three of the six showed complete eradication of their tumors, and the length of the longest diameter of the tumor shrunk by at least 30 percent in the three other dogs.

Most of the dogs experienced side effects typical of a bacterial infection, such as fever and tumor abscesses and inflammation, according to a report on the work published online Aug. 13 in Science Translational Medicine.

In a Phase I clinical trial of C. novyi-NT spores conducted at MD Anderson Cancer Center, a patient with an advanced soft tissue tumor in the abdomen received the spore injection directly into a metastatic tumor in her arm. The treatment significantly reduced the tumor in and around the bone. “She had a very vigorous inflammatory response and abscess formation,” according to Nicholas Roberts, Vet.M.B., Ph.D. “But at the moment, we haven’t treated enough people to be sure if the spectrum of responses that we see in dogs will truly recapitulate what we see in people.”

“One advantage of using bacteria to treat cancer is that you can modify these bacteria relatively easily, to equip them with other therapeutic agents, or make them less toxic as we have done here, ” said Shibin Zhou, M.D., Ph.D., associate professor of oncology at the Cancer Center. Zhou is also the director of experimental therapeutics at the Kimmel Cancer Center’s Ludwig Center for Cancer Genetics and Therapeutics. He and colleagues at Johns Hopkins began exploring C. novyi’s cancer-fighting potential more than a decade ago after studying hundred-year old accounts of an early immunotherapy called Coley toxins, which grew out of the observation that some cancer patients who contracted serious bacterial infections showed cancer remission.

The researchers focused on soft tissue tumors because “these tumors are often locally advanced, and they have spread into normal tissue,” said Roberts, a Ludwig Center and Department of Pathology researcher. The bacteria cannot germinate in normal tissues and will only attack the oxygen-starved or hypoxic cells in the tumor and spare healthy 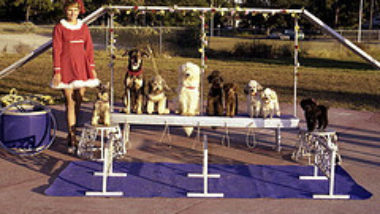 Professional Poodle Grooming The Best For Your Poodle 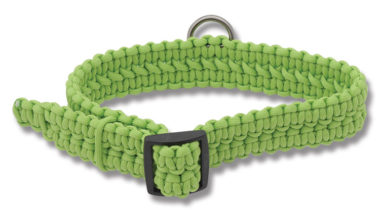