The Three Different Types of Poodles 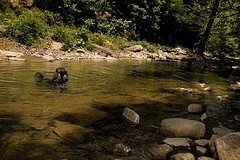 The Poodles is an AKC registered dog breed. The following article reviews the breed.

The standard poodle was the earliest variety of this dog breed. It was bred to retrieve waterfowl for hunters. The name “poodle” was likely derived from the German “pudelin”, meaning to splash in the water.

Many people think of the poodle cut as something invented for pampered smaller dogs to appear cute, but it was actually invented for the standard poodle in its original job as a water retriever. The rear fur was cut off to make the dog able to swim better while the chest hairs were left intact to protect his or her vital organs in cold water. The pom on the tail and the bow on the head were used to help hunters to find and identify their dogs in the water.

The size of the standard poodle has made it useful in many other capacities as well. Poodles have been trained as guide dogs, army dogs, guard dogs, cart dogs and even sled dogs.Prince Rupert of the Rhine, cousin to Charles I of England, is said to have had a white standard poodle named Boy, whom he took into battle with him, and who died in 1644 at the Battle of Marston Moor. Emperor Napoleon mentioned in his memoirs a standard poodle who died at the battle of Marengo. During World War II, in the United States, standard poodles were used to guard defense plants, military installations, and coastlines. Because they are hypoallergenic, poodles make good guide dogs for blind people with allergies. In 1988, 1989, 1990 and 1991 dog-sled teams made up partly of poodles ran the Iditarod race in Alaska and finished the long, grueling trip through the ice.

Miniature and toy poodles were bred during the Renaissance, when European nobility wanted small dogs for companions. People would carry little poodles around in their sleeves during cold weather. To this day toy and miniature poodles are thought of as companion dogs, frequently carried around in purses or bags. Smaller poodles have been used for finding a kind of fungus called a truffle, because they would disrupt the ground less than their larger cousins. Small poodles were trained by Gypsies to perform tricks and were used in vaudeville and circuses.

In February a male toy poodle named Walker won in the toy dogs division at the Westminster Dog Show, beating a Pekinese, a shih-tzu, and a papillon. Walker was the top-winning toy dog in the country last year, winning more than 30 best in show awards.

Two sizes of poodles not recognized by the AKC are the Klein and teacup poodles. The Klein is intermediate in size between the standard and miniature, standing at 15 to 20 inches at the highest part of the shoulder. Kleins, or moyens as they are called in France, are usually kept as pets in American homes since they cannot compete in AKC shows. Teacup poodles are the tiniest, being only nine inches at the highest part of the shoulder or smaller. They usually weigh only six pounds or less.

Whatever their size, poodles are known to be one of the most intelligent, trainable dog breeds. If you buy a poodle, socialize it well and train it early to have a well-adjusted, happy companion.

Lea Mullins, discusses the differences between the 3 different types of Poodles – the Standard Poodle, the Miniature Poodle and the Toy Poodle. Visit TrainPetDog.com to learn about different dog breeds

Poodles Amazon products you should keep an eye on:

Poodles CJ auctions you should keep an eye on:

by Pictr73 The Poodle Dog

It’s always good to get puppies used to being poked and prodded and examined. Dogs like poodles who will require a lot of grooming have to be very good for i… Click Here to Learn How Easy it is to Groom Your Dog at Home! Poodle Puppy 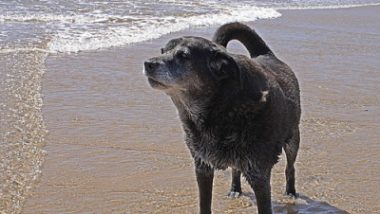 Review: Natural Pain and Arthritis Relief for Our Canine Companions 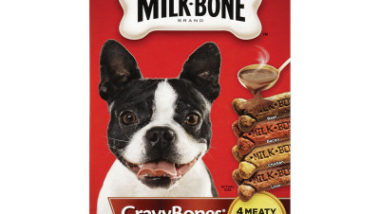