Humans aren’t the only species to react strongly to actions they consider unfair. A similar drive for fairness in monkeys and some dogs may offer insight into people’s desire for equity, according to experts presenting at the American Psychological Association’s 122nd Annual Convention.

Psychologists will talk about how studies of other species help explain how humans came to care so much about fairness and why they invest so strongly in actions that benefit others, rather than just themselves. Additionally, studies of preschool children may explain why adults want things to be fair but also admire those who have more. The session is scheduled for Aug. 7.

Areas of discussion and presenters:

Fair is Fine, but More is Better: Limits to Inequity Aversion in the Domestic Dog

Domestic dogs are more concerned with the quantity of treats doled out by a trainer than whether the trainer distributes them fairly, according to Alexandra Horowitz, PhD, of Barnard College. She will discuss an experiment in which dogs had to select a “fair” or “unfair” trainer. Older dogs were more responsive to fair trainers than their younger counterparts, which suggest that a longer human-dog relationship may affect a dog’s sense of fairness. She will discuss these results in light of the human sense of fairness.

Responses to Inequity in Non-human Primates

Sarah Brosnan, PhD, of Georgia State University, will talk about how research involving chimpanzees, monkeys, gorillas and other non-human primates has shown that other species respond to unfairness and it appears to help in cooperation. For example, chimpanzees and capuchin monkeys will refuse a reward for a task completed with a partner if the partner receives a better reward, according to one of Brosnan’s experiments. Brosnan will talk about how these results help us to better understand the evolution of humans’ own sense of fairness.

The Ontogeny of Fairness

Kristina Olson, PhD, of the University of Washington, will talk about how psychologists have explored whether, when and why children are concerned with fairness. She will reveal research findings that suggest preschoolers will favor someone who has more than others, even after an unfair distribution of resources, but only if they have forgotten how those resources were distributed.

An Economic Perspective on Fairness

Kevin McCabe, PhD, of George Mason University, will present research from economics experiments suggesting that people’s sense of fairness depends on whether they consider the behavior acceptable. He will then examine brain imaging research that suggests people’s desire to act fairly and to respond to fair and unfair behavior has evolved over time. One study talks about how trusting a person to share returns equitably on a financial investment is more likely to stimulate reward-related areas of the brain if that person has a reputation for acting fairly. 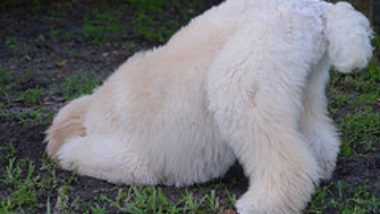