In human medicine a gold standard of diagnosis and prognosis for numerous cancers has involved cytogenetic (linking the study of genetic inheritance with the study of cell structure) assessment of the tumor cells.

Within the past few years scientists have demonstrated that characteristic cytogenetic changes associated with human cancers are shared in corresponding canine cancers.

Researchers are now exploring the broader use of cytogenetics in veterinary oncology as a means to advance clinical management and treatment options for cancers affecting pet dogs. To pursue this first required the development of key reagents and tools specific for use with canine specimens, says Dr. Matthew Breen, a North Carolina State University College of Veterinary Medicine professor of genomics.

Breen will address the 2014 ACVIM Forum attendees on June 4 at the Gaylord Opryland Resort & Convention Center in Nashville with presentations titled, “Genomics & Genetics in Veterinary Medicine: An Overview” and “Cancer in the Domestic Dog: A Genome With Two Tales,” detailing the latest advances in the field.

As a result of these efforts, several cytogenetic assays have been developed that will allow veterinary scientists to: (1) Accurately predict the duration of first remission in canine lymphoma patients treated with doxorubicin (an anthracycline used widely in cancer lymphoma treatment)-based therapy. Canine lymphoma affects an estimated 300,000 dogs per year. (2) Diagnose the presence of a transitional cell carcinoma/urogenital carcinoma using a urine sample. TCC affects an estimated 50,000 dogs per year and to date accurate diagnosis has required an invasive biopsy of the mass, generally in the bladder. (3) Identify a signature that allows for accurate differentiation of lymphoma from histocytic neoplasms (tumors). In some cases, discrimination of the two cancers poses a challenge and this is overcome with the new assay.

All of these are being developed in a format that will provide a report within 48 to 72 hours, facilitating more informed treatment and better clinical management.

Breen’s group has also demonstrated that the cytogenetic changes observed in several canine cancers are shared with the corresponding cancers in humans. This allows the team to now consider the dog as a means to accelerate advances in our understanding of cancers in both species.

“By considering the canine and human genomes in such a comparative context,” he says, “we have identified that the genomic complexity of cancers may be less than human studies alone have suggested.

“By working with human cancer researchers the data developed from assessment of canine cancer samples is being transferred to the human patient with some intriguing findings that will ultimately provide greater depth of understanding and potentially improved patient care for human cancer patients.”

For example, by analyzing a particular form of brain cancer affecting humans and dogs, Breen and colleagues have reduced the number

Hey guys, I hope you enjoy today’s video! If you do, please remember to smack the like button 🙂 —— My Twitter: https://twitter.com/champchong My Faceboo…
Video Rating: 4 / 5 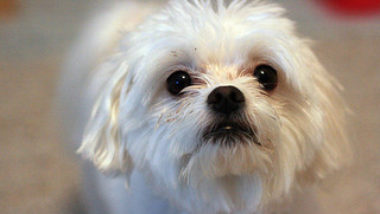 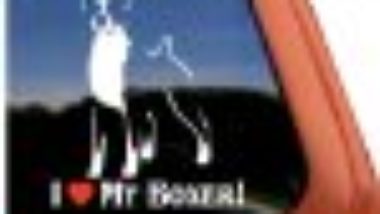