We’ve learned authorities are investigating an attack in the suburbs by a vicious dog that left another, much smaller dog dead.

An 85-year-old woman was walking with a tiny dog when suddenly a big dog came up and attacked.

Here is the call for help: My dog was just attacked by a big German Shepherd, and she’s hurt! My dog is just a little Yorkie. She’s hurting, and she won’t let me touch her… and he took off. I asked him, “Where do you live?” and he just kept going.

About a day later that tiny Yorkie, “Flower,” died.  The attack happened the week of April 21 near State and Winthrop Roads in Parma.

The Yorkie’s owner alleges the German Shepard wasn’t on a leash. Parma Police officers responded to the scene and at the time they weren’t able to locate the other dog.

Flower’s owner is worried for other dog owners and parent’s with small children about what she believes is a vicious dog that’s still on the loose. She attests a man appeared to be with the attacking dog.

The Parma Animal Warden is investigating the case. If the dog is found, its owner can be charged. Parma Police are looking for tips from anyone who knows of a German Shepard living in that neighborhood.

Flower’s owner is considering putting up her own reward if investigators hit a dead end.

Call the Parma Police tip line 440-887-7340 with any information that may bring closure to this case of a canine attack. 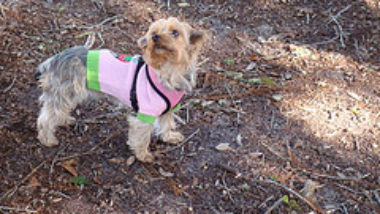 Q&A: I’m considering adopting a “6 year old yorkshire terrier” what questions should I ask before adopting?