SAN MARCOS  The owners of an English bulldog puppy who was stolen from a San Marcos doggy day care are pleading for his safe return, and Crime Stoppers is offering a reward for information leading to an arrest in the case.

The five-month-old dog, named Schroeder, was taken about 7:30 p.m. Wednesday from the business, Dogtopia, on West San Marcos Boulevard.

Earlier that day, the dog had slipped under a fence and wandered away from his home. A man found the puppy and took him to Dogtopia.

About 45 minutes later, a man claiming to be the owner came in and took the dog, which originally cost $ 4,000, sheriff’s officials said.

The owners, Michelle and MariaElena Hinojos, have set up a Facebook page called “Bring Schroeder home” with pictures. Crime Stoppers also released a picture of the dog and a surveillance picture of the thief, showing him holding Schroeder in his arms.

“Let’s get our little man home,” the owners posted on Facebook. 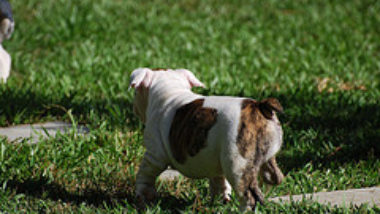 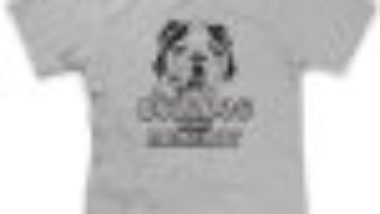