Behaviorists: Dogs feel no shame despite the look – Boston.com

LOS ANGELES (AP) — The next time you start shaking your finger and shouting ‘‘Shame on you!’’ because your dog chewed up your favorite fuzzy slippers, just remember that no matter how guilty your dog looks, it doesn’t know what your rant is about.

Behaviorists insist dogs lack shame. The guilty look — head cowered, ears back, eyes droopy — is a reaction to the tantrum you are throwing now over the damage they did hours earlier.

But scientific findings have not put a dent in the popularity of online dog shaming sites like dogshaming.com and shameyourpet.com or videos like those posted on youtube.com/user/crackrockcandy. In the photos and videos, dogs wear humorous written ‘‘confessions’’ and often are surrounded by the remnants of their misdeeds. There is no question that in some photos, they look guilty of eating, drinking, chewing, licking or destroying something they shouldn’t have.

Dogshaming.com was the first and is among the most popular sites. Since Pascale Lemire started it in August 2012, it has received more than 58 million page views and more than 65,000 submissions. A submission has to come with a photo showing the dog’s guilty look.

‘‘I don’t think dogs actually feel shame,’’ Lemire said. ‘‘I think they know how to placate us with this sad puppy-dog look that makes us think they’re ashamed of what they’ve done. My guess is that their thinking is: ‘Oh man, my owner is super mad about something, but I don’t know what, but he seems to calm down when I give him the sad face, so let’s try that again.’’’

She thinks the online dog shaming memes are all in good fun.

‘‘People come for a laugh and camaraderie,’’ Lemire said. ‘‘They see that their dog isn’t the only one who does awful things. People don’t shame their dogs out of anger, they do it out of love.’’

Another dog owner helped get celebrities into the trend. In late 2011, Jeremy Lakaszcyck of Boston started putting shaming videos of his lemon beagle, Maymo, on 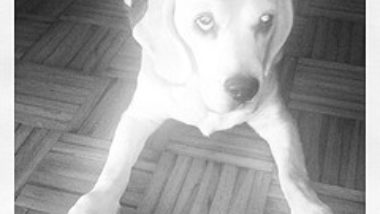 What do you think of “outside dogs”? 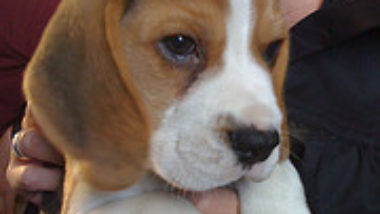