It only happens once a year. Marked with tradition and memorable moments, it is an event made for TV... and millions of YouTube hits. For these players, it is the biggest game of the season. Many vie for the opportunity to compete for glory, but in the end there can only one winner.

If you're thinking that this game involves the Broncos and Seahawks, you're wrong. Replace those competitors with some of the cutest dogs you have ever seen, and prepare for this Sunday's Puppy Bowl X.

The 10th edition of the TV show airs Sunday at 3 pm EST/PST on Animal Planet. About 12.4 million people tuned in to last year's game that crowned Marta, a Schnauzer/Beagle mix, as the MVP, or Most Valuable Puppy.

"Look for an old English Sheepdog named Ginger who's kind of a standout this year," Dan Schachner told us. The 39 year-old acts as the Puppy Bowl "referee." "In general, look for the smaller breeds, because they really make an impact. They're deceptively cunning, those little guys."

In all, 66 puppies compete. AdAge.com reports that on average, 12-15 pups will be on the field at any given time. The dogs are referred to Animal Planet through animal rescue shelters; all of the animals are available for adoption at the time they tape the show.

But once game day comes, it's strictly business. Puppies score a touchdown by grabbing any toy on the playing field and carrying it in to the end zone. Schachner helps keeps tally and also attempts to keep order - calling penalties for "pancaking," "howling," "growling," and other taunting plays. He will also call a foul if a dog uses the AstroTurf as a bathroom.

"Then you've got the cuter penalties that are not so dirty," he explains, "like excessive cuteness, excessive hydration." 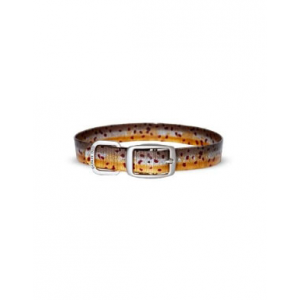