Leishmaniosis is a parasitic disease mostly afflicting dogs, but in impoverished countries it affects over 12 million humans, of whom 70,000 lose their lives every year. Researchers from the LeishmanCeres Group at the University of Extremadura have developed a new method of detecting the illness in animals, based on a single hair sample and only one analysis, which saves cost, time and healthcare personnel.

For the last 25 years, the LeishmanCeres research group at the University of Extremadura (UEx) has been studying the detection and analysis of leishmaniosis. This parasitic disease affects 12 million people a year, most of whom are in poor countries, and 70,000 of whom die from it.

The main sufferers of this disease are dogs, in whom it can also be fatal. However, it has also been detected in wild animals, who can be carriers.

The scientists from the UEx have produced a study, published in the journal Acta Tropica, in which they describe a new technique that detects the disease in the hair of wild mammals using a single fur sample and only one analysis known as a qPCR.

As Rubén Muñoz Madrid, the main author of the study, tells SINC: “This new method saves a significant amount of money, time and human resources when compared with current combined methods of diagnosis.”

“On the one hand, we have parasitological techniques such as microscopic observation of the parasite or DNA amplification which use tissue samples — from blood that is not very sensitive, liver, spleen or bone marrow — and on the other, immunological methods for detecting specific antibodies in blood using indirect immunofluorescence (IIF) or ELISA enzyme-linked immunosorbent assay,” the researcher explains.

The fox, one of the main carriers in Europe

The epidemiological studies conducted in Europe on leishmaniosis (France, Portugal and Spain) confirm that the fox (Vulpes vulpes) is one of the major wild reservoirs of the disease. Prevalence rates are very variable but are high, varying between 5% and 75% according to the authors.

The wolf (Canis lupus) is a far less significant wild reservoir due to its low prevalence (0-5%). “Foxes and various species of rodents according to habitat are responsible for the maintenance of wild leishmaniosis,” the expert adds.

It is still too early for scientists to know the scope of this new method based on fur, as they have only been able to confirm the presence of parasitic DNA in hair on dogs, wild animals and laboratory mouse infected with a species of Leishmania major, the cause of cutaneous leishmaniosis in humans in Europe, Asia and Africa. 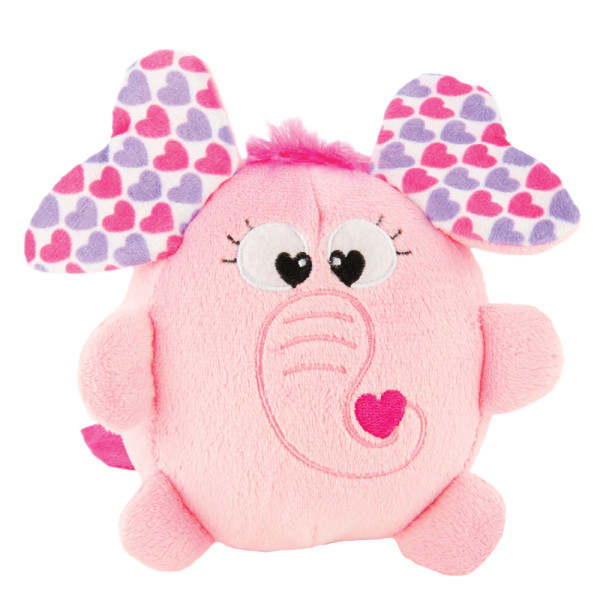 Features: Crinkle ears and a squeaker housed internally Includes: 1 Pink Plush Elephant Intended For: Dogs Activity: Cuddling, squeaking fun! Pet Size: Medium and Large Color: Light and dark pink, lavender, white and black Material: Polyester Fibers, Squeaker Caution: Ingestion of this product can result in serious injury. Observe your pet’s behavior with the toy for suitability. Some toys may be inappropriate for your pet. Remove and replace the toy if it becomes damaged. PetSmart will donate 10% of the sale of this item to PetSmart Charities in the US and PetSmart Charities of Canada to help save homeless pets.