I came across a breeder of “Olde English Pocket Beagles” what is the legitimacy of this claim??

Question by mandy: I came across a breeder of “Olde English Pocket Beagles” what is the legitimacy of this claim??
I know the evils of breeders of so-called teacup whatevers, but this site doesn’t claim to have bred the size down. It actually makes the claim that the “pocket” beagles were used for hunting before the beagles that we know today. There’s just something that doesn’t seem right about it, though *possibly the fact that they’re charging $ 1000+ for a BEAGLE. they’re great and all, but… don’t get me started on that. Also, I’ve never heard of a tiny beagle, I thought they were small as it was*
I’m not in the market for one, so don’t give me any crap about me wasteing my money or blah blah blah, I don’t want to hear it. Even if I was, since when was the term “my money” synonomous with “your money?”
Anyways, is it a real breed *obviously not recongnized by the AKC, but not all breeds are, and I’m NOT reffering to designer dogs* that’s just very little known, or bogus?
http://www.pocketbeaglesusa.com/
I don’t claim to know all that much, but Tyke, you’re claiming to have read this question. I never said I was interested in one of these dogs. I said I wasn’t interested, hadn’t heard of the breed, and wanted to know if it was real or not. I know I hadn’t meantioned that the puppies on the page by no means looked uniform in facial features *a few pups had wrinkles on their face, i dunno what that’s reffered to, but i ain’t never seen a true beagle pup that looked like that*

But anyways, it was a question of the legitimacy, having nothing to do with me wanting one. And there are such things as little known breeds that aren’t commonly spoke of *breeds accetpted by the AKC don’t count* but there are hundreds of breeds people don’t beleive exist simply because THEY reffuse the AKC, and I’ve heard that it’s because the AKC is very money oriented, and alot of the smaller breed clubs don’t much like that.

Answer by Sas
Pocket beagles were very, very small beagle popularized back in the days of Queen Elizabeth I. measuring 9 inches at the shoulder, and Paintings of the time show these beagles to be short-legged and somewhat pointy nosed.

In the days of Edward II and Henry VIII, even smaller beagles, referred to as “glove beagles” because they were small enough to to be held in a gauntlet, were much in favor with the Royal Family. However, today, while there may be a few really small 13″ variety beagles which may approach heights of around 10″, they are not a breed or variety of beagle as such, and are not recognized by either AKC or UKC.

Quite often beagles of this size are often only short by virtue of shortened legs caused by poor breeding or the dwarfing of chondodystrophy with it’s ensuing health problems.

It must also be noted that many times it is impossible to predict mature size of a puppy, even when both parents are under 13″. Birth weight may be a good indicator of final size, as is size at around 8 weeks, but they are no means reliable. If you want a beagle that will be small get one at around 9 months when the dog has pretty well finished growing, or from a breeder who has never produced an over 13″.

In this way you will have a much better chance of getting a small dog. However, be also aware that usually the smaller the beagle, the more hyperactive it is. But, there are exceptions.

Q&A: Where in Ontario might I find an English Pointer and Beagle mixed dog? 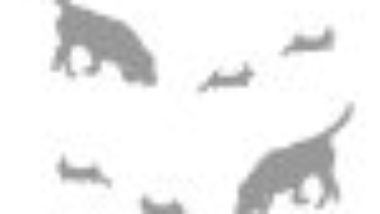