Can I take my APBT with me on vacation to Ontario, Canada? 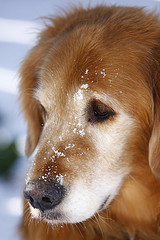 Question by Precious: Can I take my APBT with me on vacation to Ontario, Canada?
I know they are illegal to own if you live in Ontario, and I am having a hard time finding out if I can just bring her there for 5 days to a cottage we have in Ontario. She is 16 weeks and definitely looks like a poster child of American Pit Bull Terriers. I take her with me everywhere.
——————————————-
Thank you very much, that’s exactly what I needed to know. It is a huge tragedy in my opinion that it has to be this way.

Answer by woerden
No. The law requires the dog to be killed, if you bring it into Ontario. There are no special exceptions for visitors.

I am an expert in various canine fields, who diligently fought Bill 132 with facts, figures, and reason, while the Ontario Liberals (with a majority at the time) ignored all experts, in favour of pandering to hysteria and public ignorance, by both bringing the bill and voting for it.

Only one non-Liberal voted in favour of Bill 132, and “we” have remembered that at every election since. While there are, on average, 1-3 unprovoked, dog-bite-injury-related human deaths each year in Canada, there hasn’t been one officially attributed to a dog confirmed to be a “pit bull”, in Canadian history.

Back in 2004, that was certainly the case. Then, after a dog killed it’s owner, the Ontario Liberals magically declared that was the first case, even though the dog had only previously been identified as a JRT/Collie mix. There is no scientific way to accurately determine a dog’s breed. (Those new DNA “heritage” tests are highly inaccurate, and more for entertainment purposes.)

A dog’s breed is what anyone says it is, unless it is registered with the Canadian Kennel Club (CKC) as per the Animal Pedigree Act. It is illegal, in Canada, to claim a dog is purebred unless it is CKC registered.

To be clear, 99.9% of all dogs, including so-called “pit bulls”, will never be involved in an attack at any time in their lives. All dogs involved in unprovoked attacks have histories of aggressive behaviour their owners could have addressed, if they’d wanted to prevent such incidents.

In Canada, hospital injury reporting data shows the specified breeds responsible for injuries serious enough to require treatment in hospital are 1. German Shepherd 2. Cocker Spaniel and Rottweiler, 3. Golden Retriever. “Pit Bulls” were, in 2004 (the year Bill 132 was proposed), one of the most popular types of dog in Toronto.

EDIT: Well (smiling) feel free to write to the Ontario government, and explain that you would like to spend your money here, but can’t because of this ridiculous law. With a provincial election on the horizon, such an effort might be well-timed. You see, the recent federal election resulted in the Liberals losing nearly all their seats. At the provincial level, we’re hoping for a similar result.

The current premiere is (L) Dalton McGuinty, on whose watch this bill was passed. (He supported it. So, don’t hold your breath waiting for him to be supportive.). http://www.premier.gov.on.ca/home/index.php

The leader of the Ontario Progressive-Conservatives is currently Tim Hudak. http://timhudakmpp.com/ If the provincial election is anything lime the federal one, Tim will replace McGuinty. It might be the right time to revisit this legislation.

Never fear, though. The terms “liberal” and “conservative” don’t mean quite the same things in Canada, as they do in the U.S.

by rkleine The Golden Retriever

Click Here to Learn How Easy it is to Groom Your Dog at Home! Golden Retriever

Got Yo Gifts Golden Retriever Note Box, 4 by 6-Inch Reviews 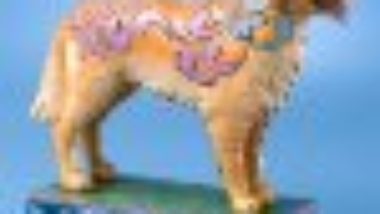