This story brought to you by Cute Male and Female Dog Names with Meaning.

A young cancer survivor has a simple wish: a four-legged friend like the one who helped make her daily battles easier to face.

Destiney Warfield beams as she recalls the first time she met Casper. The golden retriever service dog visited her regularly when she was being treated at Children’s Healthcare of Atlanta at Scottish Rite.

“I was lying in the bed the whole day crying and stuff, but right when she knocked on my door, she opened the door, all I seen was him and he wasn’t even scared to jump on the bed with me,” Warfield said.

The 13-year old girl’s life took a devastating turn last May when doctors discovered a malignant football-sized tumor in her abdomen. Destiney endured long stays in the hospital and aggressive treatment that took a physical and emotional toll. Her mother, Debbie, noticed a change in her daughter whenever Casper came for a visit.

“She would cry because she was in so much pain and she was sad from having to be in the hospital and they don’t feel good from getting chemo,” said Debbie Warfield. “But when we would take little walks, she would want to see Casper and Casper came in — she just lit up and you could see the smile on her face.”

The bond forged during those difficult months led to destiny’s desire for a dog like Casper that she could take to local hospitals to put smiles on the faces of other sick children.

“I want my dog to be one of those dogs who goes and visits the sick people in the hospital,” Destiney said.

I shot my puppy, “golden retriever” in the head behind my shed… is this ethical? 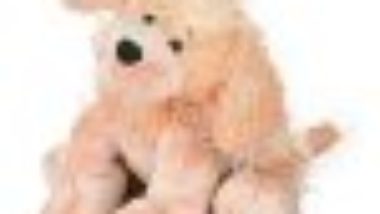