Four Wellesley firefighters will appear on Ellen DeGeneres’ talk show today after they fought through ice and bone-chilling water to rescue a golden retriever from the Charles River last month, according to the Wellesley Fire Department.

Wellesley Fire Capt. Jim Dennehy, Lt. Paul Delaney, Dave Papazian, and Joan Cullinan have flown out to California, and will be featured on The Ellen DeGeneres Show on Tuesday, Jan. 14 at 4 p.m. on Channel 5, according to fire department officials.

The team of firefighters had to punch through patches of ice near the border of Dover and Wellesley on Dec. 22 to rescue a golden retriever named Crosby, who accidentally fell into the Charles River, Dennehy previously told the Globe.

Rescuers donned ice suits and swam through the freezing waters to get close enough to Crosby, who was then grabbed by the collar, Dennehy said. A team on the shore then threw a rope to rescuers and pulled the humans and canine to safety, he said.

“The dog wanted to get out of the water pretty bad,” he said. “It was cold, so the dog was shivering pretty good.”

Dennehy said it was a good thing rescuers arrived when they did.

“There was a current, so the dog would have tired out after a certain amount of time,” he said.

Once ashore, firefighters wrapped Crosby in a blanket and warmed the dog in the back of a police cruiser before returning her to her owner, Dennehy said. 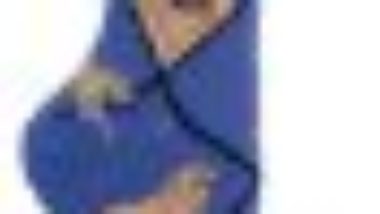 Training For Your Golden Retriever