5 Dog Breeds Most Difficult To Train

Making a Kids Mistake When Choosing a Dog Breed

Children, young adults and college age kids rarely decide what dog they are going to purchase based on any factors other than the cuteness, handsomeness, or coolness of a breed. As a result, many dogs end up in homes that are ill suited for their needs.

We’ve all seen a dog situation that was unquestionably a mistake: the 150 pound dog living in a one bedroom apartment with an owner that works 60 hours a week, the Siberian Husky living in South Florida, the Greyhound that spends 20 years on the end of a chain… the examples of bad decisions are countless.

Generally, adults make better decisions in respect to dog appropriate environments. But, while they may be far more practical about the needs of a dog, adults sometimes fail to understand their own needs.

One of the biggest mistakes we can make as dog owners is purchasing or adopting a dog breed that is difficult to train.

5 Most Difficult Breeds to Train

The five most difficult breeds to train are:

1. American Pit Bull Terrier, American Staffordshire Terrier & American Bully — Right or wrong, the generic term ”pit bull” or ”bulldog” is used to describe these three breeds. As the differentiating characteristics of these three breeds are minute, for the sake of the subject of training, we will refer to them as bulldogs.

Though they are one of the smartest breeds of dogs and are used for everything from ranch and police work to seeing eye dogs–unlike almost any other breed–training them not to be dog aggressive is impossible if that is one of an individual dog’s personality traits. While bulldogs are exceptional with people and were commonly referred to as the nanny dog at the turn of the last century because of the phenomenal bonds and relationships they build with children, no one can train a dog aggressive bulldog not to fight with other dogs.

As such, if you hope to take you dog on long walks around the public park in the evening and spend your weekends cutting your dog loose at the dog park or you live in a gated community where people allow their dogs to run free, a bulldog is probably a very poor choice for you.

To be fair to the bulldog, aside from the dog aggression issue, the breed is easily one of the easiest breeds to train. They are driven to please. 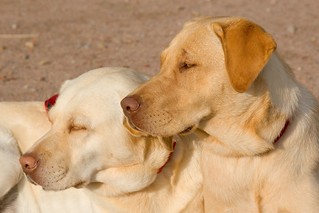 4. Beagles — Like Irish Setters, Beagles were bred to chase and flush. While they are extremely amiable pets, training them can be very difficult and very arduous.

5. Blood Hound — While the breed is simply amazing as trackers, they are not particularly adept at performing what Bloodhound breeders would probably refer to as dumb pet tricks. Blood Hounds were bred to pick up a scent and follow it. They simply weren’t bred to be trained to do much of anything else.

The easiest dogs to train are dogs that are grouped into the working or herding class. Dogs like Border Collies, Australian Shepherds, Anatolian Shepherds, and Heelers are all easily trained. 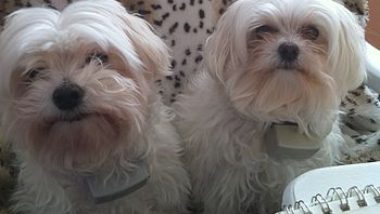 Dogs That Love Kids: How To Choose The Right Dog For Your Family