Putting the “German” in German Shepherd 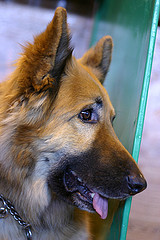 German Shepherds in the United States have coats that are on the shorter side of medium, usually brown and black, tan and black, or cream and black, but not uncommonly producing an all white or all black variety. The truly German variety of the breed has a longer coat which is occasionally (but rarely) seen in the U.S.

German Shepherds were initially developed by Stephanitz as a working breed. To this day, even with the American cross breeding, German Shepherds excel in the work force as hunters, farm dogs, service dogs, narcotics dogs, and law enforcement dogs. German Shepherds are an exceedingly agile, strong, and athletic breed, with a very malleable temperament. They can be trained to work as aggressive guard dogs or be gentle helpers on the farm.

In their native country, the breeding of the Shepherd dogs is so meticulously monitored that a registered shepherd must have had both its sire and damn Shutzhund certified, which means that they have been evaluated for temperament and ability by professionals.

Shutzhund certification pays no mind to the size, coat, or general appearance of the dog, which is vastly different from the American variety of canine judging.

The primary visible difference between true Shepherd dogs and American German Shepherds, besides the length of their coat, is the lack of sloped hips. True German Shepherds have hips level with their shoulders, as the original breed was intended to. American German Shepherd dogs have a distinct slope at the back of the torso into the hips. Sloped hips are argued over by many international breed enthusiasts, being the desired trait for showmanship in America, but also leading to an earlier onset and more significant risk of hip dysplasia.

Whether you are choosing to acquire an American German Shepherd or seeking out a true German Shepherd, you must research your breeder thoroughly. Because of the popularity of this breed and its potential for strength, there are many unethical breeders out there who are trying to turn a quick profit by mating irresponsibly. With proper research, either variety of German Shepherd can provide you with a loyal worker or a loving family pet.

This article is part of a German Shepherd collection on GreatDogSite. GreatDogSite features tons of information on dogs!

German Shepherd Amazon products you should keep an eye on:

Pangea Brands TSTE-PET-GER 2-Slice Pet Emblazing Toaster, German Shepherd
Pangea Brands is now offering a toaster that emblazons your favorite dog breed right onto your bread, its the best way to wake up …

German Shepherd eBay auctions you should keep an eye on: 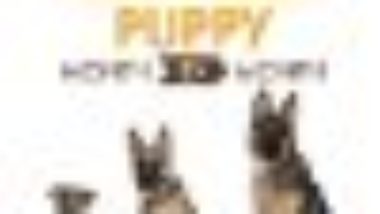 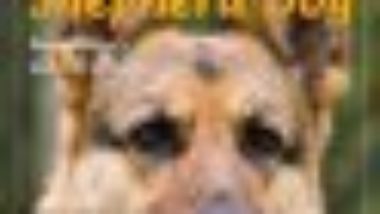