Q&A: What dog breeds existed in the 11th century? 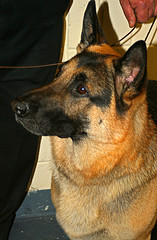 Answer by Sniper
There weren’t actual breeds until like the 1800’s when rich and middle class people had too much time on their hands.

Back then, it was more of type. You had hounds for hunting, there were dogs for herding, etc.