Michael Cox of MexPup, a rescue group that brings homeless dogs to Canada from Mexico, said 9-month-old Zander made a break for freedom Saturday while workers at the airport were attempting to put him into a harness, MetroNews Canada reported Friday.

“We tried to get him into a harness in the airport, and he ended up bolting outside the terminal doors,” Cox said. “On the plus side, because he’s a puppy, he stayed close to the airport.”

Zander is now “safe and sound” and is doing well with a foster family, Cox said.

© 2013 United Press International, Inc. All Rights Reserved. Any reproduction, republication, redistribution and/or modification of any UPI content is expressly prohibited without UPI’s prior written consent.

Misa Minnie is a 31 week old (7 month) Yorkie puppy in this video that loves treats, training, and California sunshine. 🙂 It’s been awhile since we uploaded… 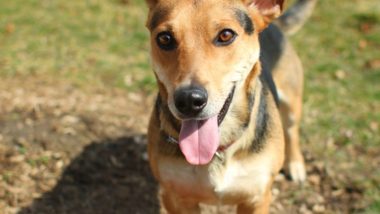