15 Questions to Test Your Dog Knowledge

This quiz is sponsored by http://www.prlog.org/12236062-shrinkabulls-english-bulldog-titan-takes-hollywood-by-storm.html

1. After several research studies, the Washington Institute for the Study of Animal Problems determined that dogs and cats, just like people…

A. Fret about what they will wear to work.
B. Like to read the newspaper while eating breakfast.
C. Need a retirement plan.
D. Are either right-handed or left-handed, or favor either their right or left paws.

The answer is D. Dogs and cats favor one or the other paw, just like people. Very interesting, don’t you think?

2. Jackals differ from wolves and dogs in what way?

A. They reside on a different continent than dogs or wolves.
B. They are actually alien life forms in disguise.
C. They are Canids (the animal family of canines).
D. They have an extra pair of chromosomes.

The answer is D. Even though jackals are Canids just like dogs and wolves, they possess an extra pair of chromosomes (which might explain why they look like alien life forms).

3. Most dogs have about 100 different facial and “ear” expressions. However, a small number of breeds have only about 10 expressions. Can you name those breeds?

A. Bulldogs and Pitbulls
B. Labrador and Golden retrievers
C. Poodles and Dachshunds
D. Beagles and Chihuahuas

4. The fear of dogs and/or rabies is called what?

The answer is C, Cynophobia.

5. There’s around 300 breeds of dogs recognized worldwide. How many of those does the American Kennel Club recognize?

The answer is C, 145. About half the breeds known worldwide are not “official”, according to the AKC.

6. Jack London wrote a novel about Buck, the dog. Can you name it?

A. A Dog Named Buck
B. Buck’s Marvelous Adventures
C. Don’t Pass the Buck
D. Call of the Wild

7. The Dalmation was named for the place where the breed first originated, can you name it?

A. Mount Dalmation in Africa
B. Dalmation coast of Croatia
C. Dalmation Island in the Thousand Islands
D. The tiny country of Dalmatia

The answer is B. The other places are only a figment of our imagination…

8. What was the name of the dog featured in the Grinch Who Stole Christmas?

The answer is B, Max. To those who don’t know, it was Max who really stole the show.

9. The poet Lord Byron inscribed this on a gravestone, “Beauty without vanity, strength without insolence, courage without ferocity, and all the virtues of man without his vices.” Can you name the object of his tribute?

The answer is A. (Come on, this is a quiz about dogs!)

The answer is B, Barnyard Dog (News to us, too).

11. Which animal was first domesticated by humans?

The answer is C, Dog. Apparently, an argument can be made that the goat might have come first in some areas, but the dog is Number One for most evidence of living with early man!

12. Ralph and Sam, the Looney Tune wolf and sheepdog cartoon character adversaries, would engage in what activity between their bouts?

The answer is A. They would punch in at the beginning of each shift and out at the end as well as for their lunch break.

13. The Beatles son “Martha My Dear” was written by Paul McCartney about…

A. His sheepdog Martha
B. His mother Martha
C. His sister Martha
D. His veterinarian Martha

The answer is A, His sheepdog Martha. If you guess wrong, we sincerely hope you guessed “D” because this is a dog quiz after all.

14. Domestic dogs vary widely in appearance and size, but despite these differences all breeds of the domestic dog are essentially identical in anatomy. Which is NOT an anatomical characteristic of the dog?

A. An average of 321 bones in their skeleton.
B. Thirteen pairs of ribs in the rib cage.
C. A spine with seven cervical vertebrae, 13 thoracic vertebrae, seven lumbar vertebrae and three sacral vertebrae.
D. The presence of a dewclaw, an extra digit on the paw.

The answer is D. Apparently not all breeds have a dewclaw and this why the average number of bones in the skeleton varies!

15. Can you name the dog on the Cracker Jack box?

The answer is B, Bingo.

Fun quiz, huh? If you liked it, share it with your friends. 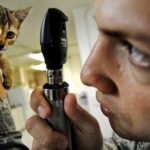 How to Treat Your Cat After Surgery 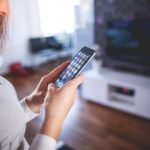 Moving is a process dreaded by all. No matter how excited you are to settle into your home, there’s so much to accomplish that actually enjoying your new city seems like a far-off dream. But these days, navigating a move isn’t a challenge you have to tackle alone. Here are six apps that can help [&hellip;] 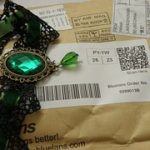 E-Bay, which has 159 million dynamic purchasers, said that it saw a spike in both new dealers and postings in the days after Christmas a year ago. Obviously, shoppers could simply return things they need to the stores where they were purchased. They were really looking for the eBay savings. Yet, eBay said that amid the [&hellip;] 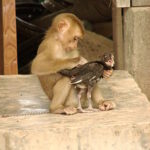 Ever thought of buying a pet monkey?

Most pet owners are happy and content with their dog or cat respectively. The in-a-rush pet owner may have settled for the easy to raise rabbit. We then have the wannabe pet owners, who have purchased a goldfish, for the simple reason of owning a gold fish. While these fairly common pets do bring the [&hellip;]