LOS ANGELES — Brandon McMillan has trained as many as 10,000 dogs for television, movies, commercials, videos and people. Then he started saving dogs from animal shelters, training them and finding homes for them.

When Litton Entertainment needed a dog trainer who would rescue, train and place 22 dogs in 22 weeks for a show called “Lucky Dog” for CBS, they didn’t have to look far.

He will start each week spending several hours at a shelter, evaluating dogs. That may be the hardest part, especially given that at least 9,000 dogs and cats are euthanized each day because homes can’t be found for them.

“I can only take one out. That means I have to walk by 99 I can’t take. All 100 are very trainable, very place-able and just as smart as the next dog. Often the one I choose just comes down to one I make a connection with,” McMillan said.

McMillan, 36 and single, said the dogs will be proficient in the seven common commands – sit, stay, down, come, off, heel and no.

His dogs are really good at seven commands instead of being 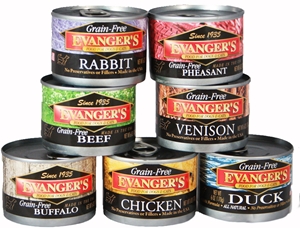 These top quality foods are highly nutritious and intended only for intermittent and supplemental feeding. Great for dogs and cats!