A Dog in One Pack- Jack Russell Terrier

A Dog in One Pack- Jack Russell Terrier

We basically want to find companions who would give us most of the benefits we think we need. Well, if you are looking for a dog breed that is somewhat a one-in-package pal, you might find Jack Russell Terriers interesting enough.

This dog has a history that is somehow loomed to give rise to the breed.

It was said that the breeder of this dog, a young Theologian student of Oxford University named John Russell once met a milkman with a white terrier that has spots on his eyes and ears. This dog became his interest which later proved to be his foundation for breeding a new dog breed that many has learned to love as pets. The dog he first saw was named “Trump” from which another 60 breeds of terriers were later bred from.

With a terrier’s basic nature to go on and over the ground (terrier by the way came from the Latin term “terra” which means earth), Jack Russell terriers also have the disposition to hunt and scour for hunting. Thus, they should be given enough grooming so as to set off the dirt they gather from digging soil to either bury a treasure or to recover a hidden treasure kept long ago.

An excellent ratter, Jack Russell Terriers proves to be good “housekeepers” since they keep most rats away from home. Any unlucky rat that happens to be inside the quarters of this terrier is sure to meet its instant doom. Thus, owners find themselves with both a dog and cat in one pal.

One basic character of this breed of dog is its disposition towards strangers. They can easily figure out who must be kept away from their homes and who can be accepted inside the house. This very attitude also makes them good watchdogs. They were designed specifically to be aggressive on preys. And while they can be very vocal, many of them only barks when they find good reason to.

They do not appear vicious though. But once they smell threat, they can show off aggressiveness that could serve as warning towards the strangers. However, once the stranger is let into the house by the owner, a Jack Russell can already tolerate his or her presence.

This terrier is also a family dog and desires for human companionship. And their love for children is significantly interesting. However, once they are abused or had been shown improper treatments, may it be intentional or accidental, they can react through aggressive behaviors. Their aggressiveness is further manifested with their lack of fear towards larger dogs which can unfortunately lead to injuries, some can even be fatal.

They are also marked for their intelligence and good spirit. These characteristics can be highly observable through their curiosity in things. Thus, they require supplementation on formal training unless you can tolerate difficult behaviors. The good thing though with Jack Russell is that it can acknowledge training and do well in most of them. In fact, they are known to champion various ring shows and other similar competitions.

The Hollywood has recognized the disposition of these dogs too. Coupled with feisty and good physical characteristics, this pal has already made names in the screens. If Wishbone, Milo (from The Mask) and Eddie (from the Frasier) ring the bell on you then there is no doubt that you can recognize this dog.

Jack Russell fair well with grooming. A dog of relatively small size, this breed will not tax you with grooming needs. 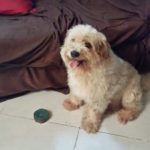 My dog Chester, the Weston terrier is one of the most adorable and kind dogs you will ever find. In all of my time as his owner- about 10 years now – I have never seen him act even remotely aggressive. But his tale spans from the UK to Trinidad. And along the way he [&hellip;] 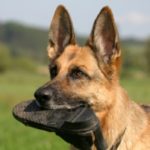 A Glimpse on the Various Terrier dog breeds

A Glimpse on the Various Terrier dog breeds Whatever your dog preference is, you are sure to find terrier dogs among the candidates for a pal. You’ll get energy you want with little grooming and added wit. Basically bred for hunting and killing vermin, Terrier dogs are now known to offer wide spectrum of features [&hellip;]

A Glimpse on the Various Terrier dog breeds