Do you have a Boxer? Or, are you a fan? Then, you should enjoy this article from El Young.

While people may differ in tastes when it comes to choosing a breed, there’s no debate on what one looks for in a pet. There are three desirable traits that every dog owner should be familiar with and these are:

* Low maintenance – Low maintenance means you do not have to spend so much money and effort on keeping the dog clean, healthy, and active. There are some breeds, especially long-haired ones, that require at least 2 baths daily just to keep them clean and smelling good. Others, like boxer dogs, require little more than a wipe-down and perhaps an occasional bath.

* Versatility – Dogs that can do more than just play a few tricks. Dogs that do well in obedience. Agile dogs with an intelligence to match. Dogs that can do jobs like being a police dog yet remain affectionate and playful. You can see for yourself why you would want a dog that has all these characteristics. Boxer dogs are one such breed that is gifted with versatility.

* Intelligence – Smart dogs are those that score well in the loyalty and obedience department. With boxer dogs, you will find little problem with that.

The first thing you will notice about boxer dogs is its blunt face. Descended from the massive Molossian Hound, the boxer is a steady-gazed, friendly dog with incredible grace and a hint of mischief in its square, blunt-nosed face.

It’s a muscular breed with a short coat and a docked tail. The male members of the breed stand at approximately 22.5-25 inches at the withers with weight of around 70 pounds. Females are smaller, sixty pounds in weight and 21-23.5 inches.

The boxer’s ancestor, the Molossian Hound is part of an ancient breed of Greek guarding, fighting and herding dog. From the Molossian Hound were descended Greek, Roman, European and British breeds of dogs, which in turn gave birth to a number of large breeds with characteristic square heads. These dogs assisted men in the hunt and also at war.

Boxer dogs specifically came from the German line of the ancient Molossian descendants. Their direct descendant was the Bullenbeisser, which was later separated into two types – the Danzigers and the Brabanters. Of the two, Brabanters were the smaller and boxer dogs came from this branch of the family.

Brabanters were royal favorites, accompanying noblemen in great hunts. However, by the end of the 18th century, the art of organized hunting has all but faded. From great manor houses and castles to butcher shops and cattle farms, Brabanters continued to trudge on with the courage of its ancestors.

Click here to read more about the origin of the Boxer dog.

El is the owner of the dog behavioral training website. Visit www.dog-training-reviewed.com to find out more resources and offers for dog lovers. 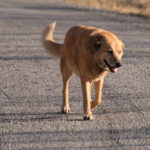 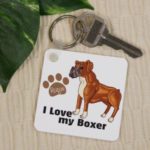