This article sponsored by Train a dog to stay.

It’s official: the robotics industry is going to the dogs. Or at least, it should if engineers want to know how to design machines that can interact with humans.

In a recent issue of the journal Animal Cognition, Gabriella Lakatos of the Hungarian Academy of Science and Eötvös Loránd University led a study that looked at what dogs do around robots. She and her team thought that dogs might react better — that is, more socially — to robots that give social “cues.” It may sound odd to study how a robot interacts with dogs. But the researchers note such experiments might provide insight into the underlying mechanisms of how both dogs and people see machines.

The experiment involved a robot that looks a bit like a parking meter with arms and white-gloved hands. The scientists tested 41 dogs, divided into two groups.

To test how the dogs were seeing the humans and robots, the experimenters put a piece of food into a flowerpot, allowing the dog to see where it went. They then had both humans and robots point to the food.

They found that when the robot was just pointing, with no other gestures, the dogs were less interested in the food and didn’t spend as much time looking at the robot’s “head.” But if the robot said 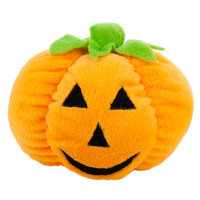