Dogs are considered man’s best friend, and one dog seemed to prove that overwhelmingly in a heartfelt, emotional reaction to seeing her owner when he returned from a six-month overseas deployment with the U.S. Navy.

shows Lt. Gary Daugherty coming up the stairs inside his home, calling out, “Where’s Buggy? Where’s my puppy?”

The puppy – well, the dog, a black Labrador/blue heeler mix whose full name is Bugaboo – came rushing to greet him.

Weighing in at 72 pounds, the dog launches herself at Daugherty, standing up on her hind legs and putting her front paws on his shoulders. She licks his face and yips repeatedly.

As Daugherty moves to a chair, she maintains contact, following and climbing up onto his lap.

For more than two minutes, the dog whines, barks, yips and emits anxious-sounding yowls while Daugherty cradles her and talks to her. “I know!” he said, as if in reply to her effusive vocalizations. “Did you miss me?” “Daddy was gone a long time.”

At one point, Bugaboo throws her head back and howls, wagging her tail fiercely the entire time.

In an interview with ABC News on Tuesday evening, Daugherty said he and his dog had a special bond but that she’d never

Set in a futuristic land, Kelsey dances with her dog to the smash hit by Katy Perry! Check out their moves! Subscribe Now for More AGT: http://full.sc/IlBBvK… 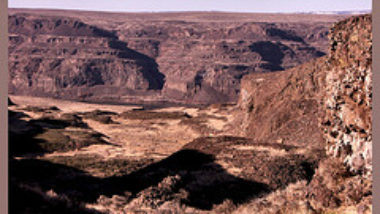