SPOKANE COUNTY, Wash. — A Spokane deputy who discovered a puppy Monday near Thierman and Appleway has reunited the dog with his family on Tuesday.

The deputy responded to a call Monday about someone abandoning puppies in Spokane Valley. The caller had reported seeing a man drop an adult dog and five or six puppies out of a vehicle.  Deputy Marc Melville headed to the scene and found one puppy.

“He looked at me, he licked my nose and that was pretty much all she wrote on that one,” said Melville.

Deputy Melville ended up taking the seven-week-old puppy home with him, but the puppy’s stay was short.

Melville received information on Tuesday that there was an ad posted earlier in the morning regarding two lost puppies.  He read the ad and realized it was the same puppy. Melville contacted the poster and learned she had been watching the family of dogs for a friend.  She told Melville that two puppies were missing when she when she went to check on them.

Deputy Melville took the puppy to the woman. He said the dog immediately ran over and joined his mother.  The dog is now home with his family. Deputy Melville said he was saddened the puppy could not stay with him. However, he offered to

These Amazing Dogs Can Smell Cancer 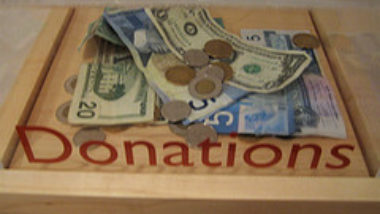 Can You Afford to Make Donations to Charity?