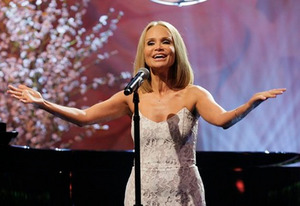 This week, Kristen Chenoweth weighed in on the Anthony Weiner scandal through song, Chelsea Handler wondered whether she should be insulted by her guest-starring role on Lisa Kudrow‘s Web Therapy, and a disabled puppy achieved the impossible. Elsewhere, The Lumineers and other artists covered classic songs for the Grammy Hall of Fame, and a children’s choir recorded a stunning take on Crystal Castles’ “Untrust Us” at London’s famed Abbey Road Studios. Check out those clips and more in our weekly roundup of the best online videos:

Disabled puppy learns to walk: Get out the tissues for this video, featuring a 6-week-old