Three Army dogs died at a defence centre in Leicestershire after suspected food poisoning, the Ministry of Defence has confirmed.

The sniffer dogs were being kept at the Defence Animal Centre in Melton Mowbray.

It is thought up to 18 canines were affected after eating the contaminated food in June but 15 of them managed to make a full recovery.

The MoD said an investigation into the deaths was continuing.

How the food was contaminated has not been confirmed.

An MoD spokesman said: “We take the welfare of our military working dogs very seriously.

“An investigation is under way and it would be inappropriate to comment further.”

It has been claimed in The Sun newspaper the dogs were poisoned by mistake with a liquid flea-killer treatment.

The RSPCA has called for an urgent investigation.

A spokesman said: “The RSPCA recognises the important role of military working dogs and their value and contribution in military operations. However, if these claims are true then we urge the MoD to look into these incidents as a matter of urgency.

“In using working dogs, the RSPCA, and the public, fully expect the MoD to protect their welfare and ensure they experience high standards of welfare throughout their working life.”

Pedigree dogs are suffering from genetic diseases following years of inbreeding, an investigation has found. A BBC documentary says they are suffering acute … 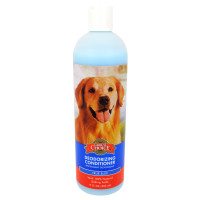 Woman arrested for leaving puppy in hot car while shopping