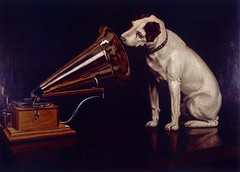 This post was sponsored by Dog Lovers Social Education

Dogs with obsessive compulsive disorder show nearly the same brain abnormalities of humans who have OCD, a new study finds.

The discovery, published in Progress in Neuro-Psychopharmacology & Biological Psychiatry, adds another notch to the dog-human connection and holds promise for better treatments for OCD.

“While the study sample was small and further research is needed, the results further validate that dogs with CCD (Canine Compulsive Disorder) can provide insight and understanding into anxiety disorders that affect people,” Nicholas Dodman, a professor of clinical sciences at the Cummings School of Veterinary Medicine at Tufts University who worked on the study, said in a press release.

Dodman said that, in addition to having the same structural brain abnormalities as people with OCD, dogs also show similar behaviors, respond to the same medications and seem to have similar genetic roots to the disorder.

Dogs with CCD engage in repetitious and destructive behaviors, such as flank and blanket-sucking, tail chasing and chewing. The main thing — and this is true for humans as well — is that the activity or thought is repetitive and persistent, such that it’s time consuming and interferes with normal daily routines.

For dogs, Dobermans appear to be a breed that is most at risk, likely due to their genetics.

For the study, Dodman, project leader Niwako Ogata, and their team compared MRI brain images of CCD Dobermans to a control group.