It may sound like a contradiction, but animal welfare advocates say puppy mill auctions are actually a sign that the number of mills in the state is declining.  “Those are breeders that are either down-sizing or electing to go out of business,” Mary LaHay with Iowa Voters for Companion Animals explains.

Channel 13 took you inside one of those auctions last week and showed you some of the dogs being bought and sold.

Iowa ranks number two in the country when it comes to the number of commercial breeders.  Those breeders sell the dogs they no longer need – or want – at the auctions.

Victor, Buddy and Omar are just three of the dogs purchased by rescue organizations at auctions last month.

“Many of these dogs have not only the potential for health problems, but they`re way behind the ball on socialization,” Veterinarian Nancy Peterson says.

In 2010, then Governor Chet Culver – with his dog Buck by his side – signed the so-called ‘Puppy Mill Bill.’ It gave state inspectors the ability to inspect USDA licensed facilities if a complaint had been filed against the breeder.

Since then, animal rights advocates say more and more auctions are popping up throughout the state.  While it can be hard for some to watch, at least one advocate says an increase in auctions means more puppy mills are closing…  And the law is working.

Mary LaHay is the executive director for Iowa Voters for Companion Animals.

Dogs removed from northern Mich. breeder being cared for in shelters across Midwest 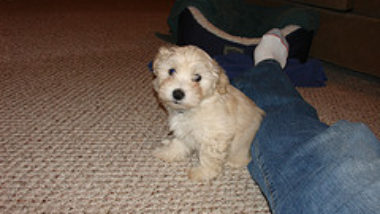