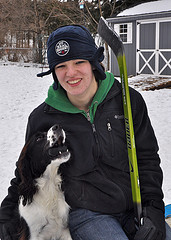 The English Springer Spaniel is an AKC registered dog breed. The following article reviews the breed.

There are a few ways in which the physical characteristics of a springer spaniel can differ from the ideal show-dog standard. These include the overall shape and size, the head, eyes, ears, teeth and bite, the tail, the coat and so on. Stance and gait are important too, and we will look here at some of the ways in which the stance can vary from the show standard.

Although the English and Welsh Springers differ from each other in several obvious ways, the stance problems described here are common to both. The stance variations may be present in other breeds too. Of course, if your springer exhibits one of these stance characteristics, it is not necessarily a problem for the dog – it may only be a problem for a show judge!

In some cases though, such as a minor hip malformation, this can lead to physical discomfort for the dog, particularly as it ages.

Cow Hocked. This is when the dog’s stance shows both its rear legs and paws angled outwards and not in line with its body. The hocks (‘elbows’) will be pointing inwards.

Side Hocked describes the stance when one of the rear legs turns outwards (compared with both legs for cow hocked).

Leg Rake. Too much rake in the leg (that is, the paws are too far behind the rump) is considered a show fault. Too little rake, where the leg is almost vertical (sometimes known as ‘straight in the stifle’) reduces the power of the spring and is considered undesirable too.

Cow hocking may lead to later discomfort for the springer, as the dog’s weight is not carried properly by the joints. Excessive rake in the leg(s) could also be a problem, for the same weight-carrying reason.

A docked tail should be horizontal.

If the tail is undocked, then the weight will mean that the dog will not naturally carry the first 6″ horizontally.

The front legs should be straight vertically below the shoulders (withers). If they are set too wide then this variation is known as wide-fronted. Conversely, if the paws are too close together, then this is known as narrow fronted (unsurprisingly). A wide-fronted dog may not be carrying its weight properly through its shoulder joints, but as always, it is a matter of degree.

Front paws angled inwards are described as pigeon-toed; if they point outwards they are known as splayed.

Splayed is also a term that applies to the claws, when there is too much separation between them. Springers often get muck and pebbles between their claws, and it’s not clear to me whether splayed claws are necessarily a problem for the dog. A question of degree again, and for the eye of the judges.

Many of these variances from the show standard require a practised eye to judge. If you are buying a pup, then the advice as always is: if you can, then look at the parents first – this will give a good indication of how the pup will probably grow.

It is not always possible to see the parents first, and variations may appear anyway. Of course, if you do not intend to show the springer, then these issues of stance are of much less importance. You can still have fun with your springer!

The author has owned Springer Spaniels, both English and Welsh, rescue dog and pups alike. If you want to find out how to buy a springer spaniel and get more tips for caring for these great dogs then the full colour ‘The Springer Spaniel Companion” is available at www.springerspanieladvice.com – everything you need to know about finding, buying, nurturing, training and sharing your life with on of the great dogs.

English Springer Spaniel eBay auctions you should keep an eye on: 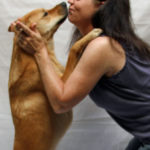 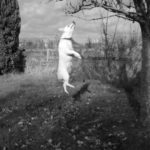 by dwolfgra The English Springer Spaniel is an AKC registered dog breed. The following article reviews the breed. What are the main problems Springer Spaniel owners experience (other than)? If you are thinking about a springer as a pet, then this biref introduction will give you an insight into what to . Overall, springers are [&hellip;] 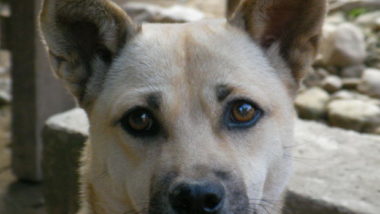