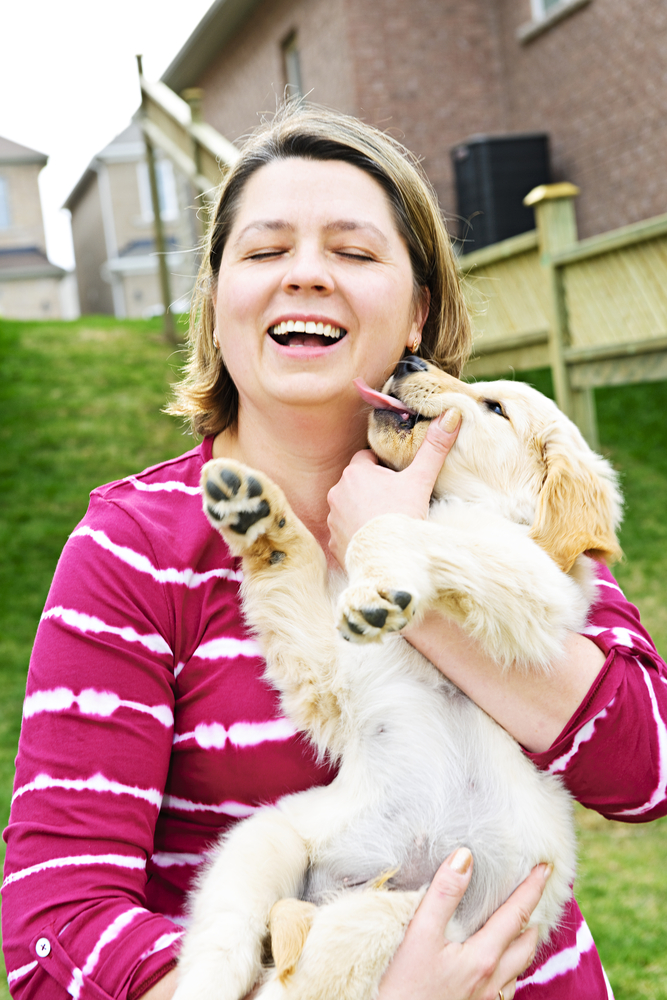 If you’ve ever seen the way dog people interact with their pets, it comes as no surprise that there’s some germ-swapping going on there. A new study indicates that dog ownership specifically may be one of the biggest single contributors to what kinds of microbes live on your skin.

A team of researchers led by Se Jin Song at the University of Colorado, Boulder, took swabs of the tongues, palms, forehead and feces of members of 60 family households. Some of the families had children or household pets and some did not; dogs were the only pets swabbed.

Researchers then analyzed the DNA of the bacteria they found to determine how diverse the bacterial populations were. Not surprisingly, family members who lived together had more bacteria in common than members of separate households. Bacteria on the skin were especially similar within households, probably because we pass microbes through the air, through direct contact, and via the surfaces we touch.

The most surprising finding, however, was the large bacterial contribution Fido made. The skin bacteria of dog owners from different households was almost as similar as if they’d cohabited without a dog. Put another way, you and a friend across town who both own dogs share a skin ecosystem as alike as a married couple does. The study found that cats and other indoor pets, on the other hand, didn’t significantly affect the bacterial composition of their owners. The bacteria of two cat owners were no more alike than the bacteria of strangers.

Become a Fan of “Just Jesse the Jack” on Facebook to follow all of Jesse’s Adventures!: http://facebook.com/JustJessetheJack Presenting, Useful Dog Tricks 3!…

Pet Insurance for the Sussex Spaniel