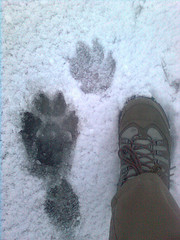 The Central Asian Shepherd Dog is a dog breed being considered by the AKC for inclusion as a registered breed. The following article describes the breed.

Otherwise known as Mid Asian Shepherd, Central Asian Shepherd Dog, Alabai, and Sredneasiatskaia Ovtcharka, the Central Asian Ovtcharka has different appearances that are dependent on the specific area the dog has been bred in. This breed is generally a large and muscular Mastiff-type dog with a well-proportioned exterior and commanding stature. The typical male weighs 121-176 pounds, stands between 27-32 inches, while the female weighs 88-143 and stands 24-27 inches.

With two distinct varieties, the coat of the Central Asian Ovtcharka has the long, two-layered coat with relatively dense and thick all year. Hair might be a little wavy, and thick around the ruff. The second variety is still double coat, less dense, and shorter. Any color may appear in this breed, such as pintos brindles, particolors, and solid colors.

Needing a large securely fenced area where they can exercise and roam off-leash, the Central Asian Ovtcharka tend to get bored if they are not given the adequate space they need. This breed is territorial, and needs to be kept in a secured yard as they tend to widen their territory as far as they could.

The Central Asian Ovtcharka is independent, placid, protective, and fearless. They tend to be willful with protective instinct for property and family. They generally get along well with family members, but are highly cautious of strangers and should always be supervised when around unfamiliar people.

The Central Asian Ovtcharka is considered as the oldest among the early Molosser group of dogs. This breed originated in the USSR, used primarily as guardian of livestock against predators such as bears and wolves.

The coat of this breed needs little attention and maintenance.

They should be brushed with firm bristle brush to remove dead hair, with extra care when they are shedding. The Central Asian Ovtcharka is very prone to elbow and hip problems because of their large stature.

The Central Asian Ovtcharka should have extensive and intensive socialization as early as possible provided that they are not used as flock guardian. They are dominant dogs, and needs a well-versed trainer. Lines should be defined clearly, with set rules. Since dogs communicate with displeasure through growling and eventually biting, humans should be higher in the order than the dog.

Best trained with consistent methods, this breed needs a firm yet gentle technique with early socialization and obedience classes. It is important to create a routine that will help prevent housetraining accidents that may happen when this breed is brought home. Making a schedule consisting of your trips outside during the day is important to make the Central Asian Ovtcharka comfortable around their surroundings and people amongst them. It is important for this protective breed to train with commands for public places. Walking them in public is one of the best ways to make your dog feel at ease around people.

This massive, intimidating breed is powerful, muscular, and bold. Well-balanced, sturdy, athletic, and fearless, they are independent, and stand their ground to protect their family and property.

Central Asian Shepherd Dog Amazon products you should keep an eye on:

Central Asian Shepherd Dog Portrait Matted Art Print – 5 in x 7 in Design – 8 in x 10 in Matted
Each Item: Matted 8in x 10in print, design is 4in x 5.25in Each print is shrink wrapped and shipped flat. Mat colors vary, but the… 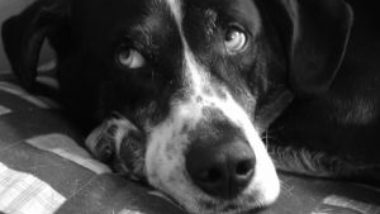