Dogs from the REDOG rescue program, based outside Berne, have seen duty worldwide, from Japan to Turkey to Costa Rica, to sniff out victims buried in the rubble of earthquakes.

Man’s best friend – in this case a six-year-old Welsh border collie named Sky – lies relaxed but attentive on the floor of his keeper’s office in this suburb of the Swiss capital, Berne.

While his owner, Swiss veterinarian Linda Hornisberger, attends local pet owners who stop by with four-legged members of their households in need of care, Sky is merely on standby.

But as a certified search dog of the Swiss Disaster Dog Association (REDOG), Sky is ready to travel anywhere in the world at a moment’s notice and do what Dr. Hornisberger has trained him for: find people trapped under disaster rubble.

Hornisberger serves as REDOG’s chief trainer for rubble search. Her unit must remain in constant readiness for calls to rush to places in Switzerland or abroad that have been struck by natural or man-made disasters.

That’s when Sky and other “sniffer” dogs in the unit spring into action with their handlers. These teams have trained for years and passed a very thorough test.

Hornisberger’s “sideline” role as senior search expert began back in 1980 when she joined REDOG, then a group of dog handlers founded in 1971. The founders envisioned using dogs to save people buried under rubble.

The breakthrough came in 1976 when Swiss dogs found 16 people alive after a big earthquake in Italy’s Friauli region. The idea of using dogs for such work spread worldwide.

Events like the Italian earthquake resulted in training innovations still in place. One was to teach “sniffers” to bark and scratch in the rubble upon locating the scent of people buried beneath the rubble. The signal alerted local rescuers to dig deeper.

“Experience has told us that this is the right method,” the veterinarian says.

Today – on standby for humanitarian-aid call-ups worldwide – REDOG has become a global role model for search-and-rescue missions. During Hornisberger’s tenure, her post-earthquake experience includes Algeria, Costa Rica, Indonesia, Japan, and two stints in Turkey. Times have changed customs greatly in some of these ports of call, and methods have been adapted. Yet REDOG’s basic rescue training routine remains largely as it was when she joined the group.

REDOG’s priority from the start – to borrow the Boy Scout motto – has been “Be prepared!” This means constant vigilance, training for the unscheduled day when disaster occurs anywhere. You can’t even pencil in advance bookings for earthquakes, tsunamis, hurricanes, floods, and the like.

Preparedness, as Hornisberger sees it, means training Switzerland’s rescue teams relentlessly. REDOG does it by setting up artificial “rubble fields” for “hide-and-seek” exercises in 12 regions throughout this mountainous multilingual country.

In practice, this means assigning one dog handler to “hide” as a victim or body while another accompanies the “sniffer” to locate the missing person amid the rubble. When the dogs find a victim, they are rewarded. This approach has kept the dogs faithful to their mission since REDOG’s founding.

Experience has shown retriever breeds to excel in trainability and willingness to please.

As Dr. Hornisberger told about 800 experts at the International Disaster and Risk Conference (IDRC) assembled in Davos last June, “Dogs remain the most efficient means for locating survivors below the rubble. And these days we have very high standards for all dogs serving on our teams. We combine information we get from our dogs with that found by technical search.”

The United Nations codified these standards within the International Search and Rescue Advisory Group (INSARAG), requiring that all dogs serving as post-disaster “sniffers” meet them to become certified. They’re now being applied in Jordan, where REDOG is helping to support the country within a Swiss government project. It aims to build an international urban search and rescue team, using INSARAG guidelines.

“The Jordanians are working hard,” Dr. Hornisberger says. “They had a vision of building up a search unit, and they had the fire to take on the job. Their dog trainers have now acquired knowledge and can analyze why something new might work or couldn’t.”

She explains the challenge of building and maintaining a search unit in an analogy:

“You can use a washing machine after years of disuse, and it may still work,” she points out. “But dogs can’t be put in cupboards. They have to be trained weekly, monthly, and for years. We have to start training new dogs again and again. It’s really hard work to keep these search units going.”

Trainers also need exceptional lingual skills to carry out know-how transfers such as the one just being completed in Jordan. With three widely-known national languages – French, German, and Italian – plus a growing fluency in English, the Swiss seem to be as adept at this task as any linguists in the world.

But the REDOG training chief shows no sign of smugness.

“We need new ideas,” she admits, “because we’re not at the end. We’re barely beginning.” 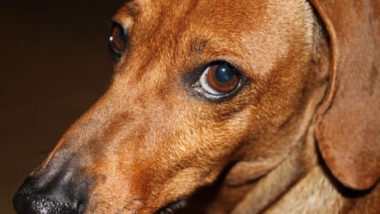 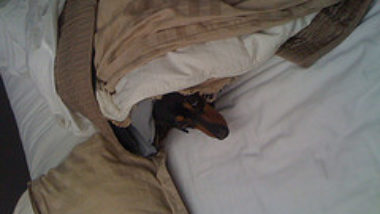