Military Police Sgt. Hancock and Nero, his Dutch shepherd, play at Forward Operating Base Frontenac in Kandahar province in southern Afghanistan. Nero is trained to sniff out improvised explosive devices, or IEDs, and to attack.

Military Police Sgt. Hancock and Nero, his Dutch shepherd, play at Forward Operating Base Frontenac in Kandahar province in southern Afghanistan. Nero is trained to sniff out improvised explosive devices, or IEDs, and to attack.

Lucy is a stereotypically giddy black labradoodle. She’s not what you picture when you think of a military dog serving on the front lines in Afghanistan. She wiggles around the room chasing her tennis ball and thinks my microphone cover is a chew toy.

But her handler, Spc. Heath Garcia, says when Lucy is on a mission, she’s all business. She’s highly trained to sniff out improvised explosive devices, or IEDs, which are the No. 1 killer of civilians and troops in Afghanistan.

“I always tell the guys that work the mine detectors, ‘Hey, you can pick up metal; I can’t. I can pick up explosives; you can’t. So if you want to do a coin flip, see who wants to be in the front, let’s do it,’ ” Garcia says.

Lucy has shown she deserves to be out front on patrols and road-clearing missions. In her 10 months in the southern province of Kandahar, she’s found four different IEDs.

“Her finding those is amazing because there’s a lot of dog handlers that come here and don’t find anything,” Garcia says.

Garcia says he’s been working with Lucy for about two years. It’s his first deployment as a dog handler, and it’s her second as an explosives-detection dog. And, she outranks him; it’s a convention in the military for dogs to be given a rank above their handlers.

But Garcia still gives the orders, and he says she handles the rigors of the assignment well.

“She doesn’t mind flying, especially when we get on helicopters; she loves looking out the little windows,” he says. He adds that if they could open the windows, she’d stick her head out as if riding in a truck.

There are seven dog teams at Forward Operating Base Frontenac. While they have outside kennels, on cold rainy days like this, the troops usually keep the dogs in their rooms.

A Range Of Personalities

Military Police Sgt. Hancock brings out his dog, Nero. He’s a stunning Dutch shepherd with dark, tiger-like markings. Unlike Lucy, Nero is also trained to attack, but he comes across as a big softie.

Hancock worked with another dog before this assignment, but he jumped at the chance to grab Nero.

“Just because he was a strong dog, he was unassigned. So, I don’t really gamble. I’m going to go take the best dog to come down here and deploy with,” Hancock says.

Hancock says Dutch shepherds like Nero aren’t that common in the field, but they are great working dogs.

Hancock says Dutch shepherds like Nero aren’t that common in the field, but they are great working dogs.

He says Dutch shepherds aren’t that common in the field, but they are fabulous working dogs.

“Real high-drive, high-energy dog,” he says, “which are good because I pretty much have to tell him to take a break, and there are some dogs out there, they’ll try to take their own breaks.”

Hancock says one of the most challenging and important aspects of being a dog handler is learning each dog’s personality. He’s worked with eight different dogs in five years — though several, mostly German shepherds that developed health problems, had to retire early.

That raises the question whether it’s emotionally difficult as a dog handler to move onto a new dog.

“I would say as a young handler, it probably had more of an effect,” Hancock says. “As soon as I got more experience, I kind of got over the fact that I was going to be changing dogs quite often.”

Hancock views it as an asset that he’s worked with a range of dogs; it gives him more experience with different behaviors and personalities. But, he says, the dogs don’t always adjust well to changing handlers.

“Some get separation anxiety if they develop a long bond with someone,” he says.

While we talk, one of the other soldiers hides a vial of explosive material in the tent. Hancock lets Nero loose, and he immediately works the room.

He fixes on a spot in the corner of the tent. Success.

These dogs are highly trained and effective, but not infallible, Hancock says.

“There’s no dog that’s 100 percent. So, you can’t take it for granted that just because they searched, it’s clear,” he says.

They have nonetheless been a critical resource in a war where insurgents are planting more and more IEDs. They can search places that high-tech equipment simply can’t. Plus, they make being deployed a lot more enjoyable.

“I love this job. I couldn’t imagine anything funner than this,” Hancock says. 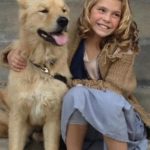