Dogs went through obstacles in the agility competition, displayed their relay racing skills in the Flyball competition, and strutted their stuff in the confirmation shows. “It’s like a beauty contest, and every breed has a standard that is followed worldwide,” Philippine Canine Club, Inc. (PCCI) executive vice president Ronnie Natividad explained in a Balitanghali report on February 22.

The dogs were carefully groomed and sometimes even dressed. Long-haired dogs had bows, while some wore costumes that cost up to P300, the report said.

Backstage, a number of toy dogs had their fur blow-dried and decked with ribbons. After this, hairspray was used to maintain the carefully-arranged styles. Some dogs even had their noses powdered to make their whiskers whiter.

When the primping is finished, the dogs are ready for the confirmation shows. “They walk and they pose,” dog breeder Jaime Ramirez said on Unang Hirit on February 25.

Several dogs and their humans brought home prizes, as the competition had various categories. In the Retrievers-Flushing Dogs-Water Spaniels group, Nelia Sarcol’s two Labrador retrievers Flash and Royce both won Best of Breed. 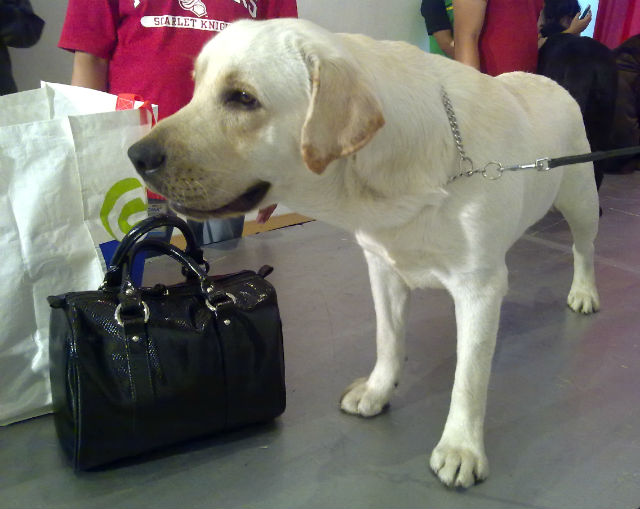 This Lab was one of the Best of Breed winners at the Philippine Circuit Dog Show.

One of the youngest dogs in the show was a five-month-old Shih Tzu named Drew. Training began as early as three months old, according to Drew’s owner, Ronald Falcon.

Shih Tzus are among the dog breeds that require the most high maintenance, because of their long hair.

“We come here for the friendship and the relationships between the two countries,” said one participant from Thailand on Unang Hirit.

“We are really honored just to attend the biggest in the history of the country, the Philippines,” he said, noting that over 3,000 dogs joined the show. His dog, a Pomeranian, won Best in Show. 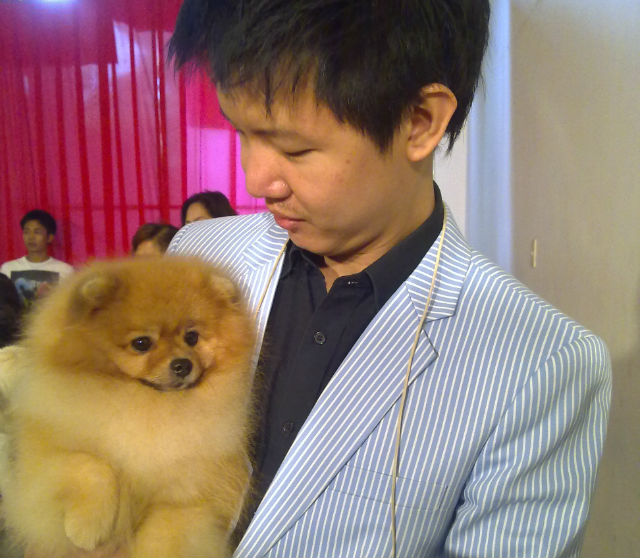 A Pomeranian won Best in Show at the Philippine Circuit Dog Show 2013.

As in previous years, the Philippines competed in the big dogs category, with breeds such as the Siberian husky.

Natividad explained that other countries often win because they have been participating in dog shows for a longer time. But he said our dogs can also compete with the best. “Last year, yung isa nating local dog, yung beagle, tinalo niya lahat ng mga dumating dito which includes world champions,” he said.

While entertaining, the dog show’s objective was to promote the proper care for dogs, the report said. Apart from food and exercise, they also need plenty of love from their humans. — Carmela G. Lapeña/BM, GMA News

Health Implications in Early Spay and Neuter in Dogs